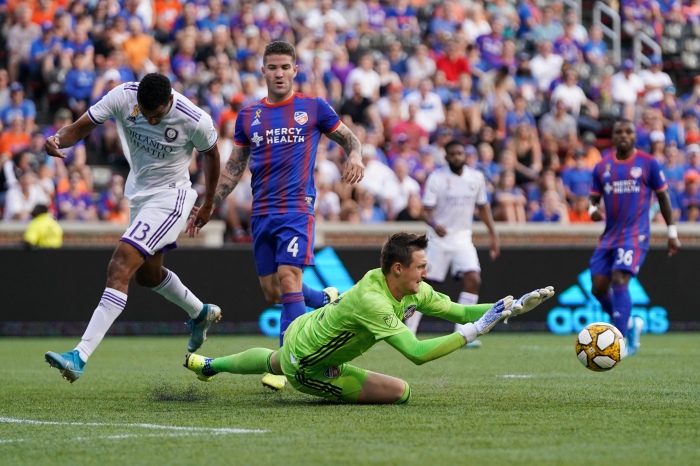 Orlando City played to a 1-1 draw against last-place FC Cincinnati at Nippert Stadium but still found themselves officially out of the MLS Cup playoffs on Sunday.

Allan Cruz opened the scoring for Cincy in the 40th minute after he was left unmarked to strike from close range past Brian Rowe, but second-half substitute Benji Michel’s goal in stoppage time tied the game 1-1 for the Lions.

The New England Revolution, who were also playing at the same time, defeated New York City FC 2-0 to clinch the final playoff spot in the Eastern Conference table thus ending the Lions’ playoff chances for a fifth consecutive year.

Notes from the game