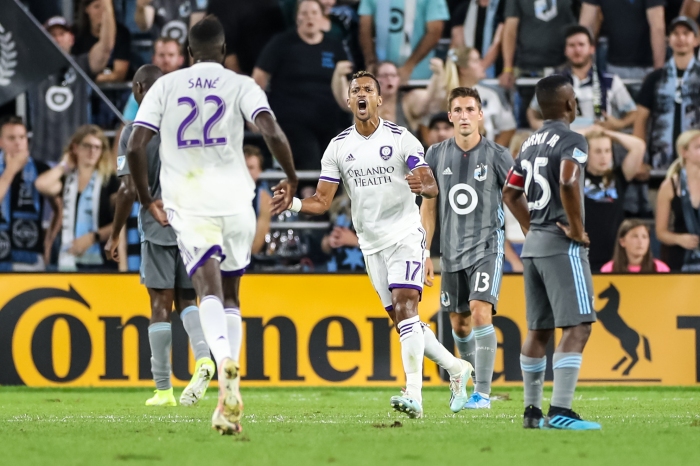 Saturday night’s matchup between the Lions and the Loons carried plenty of consequences both on-and-off the field for both sides.

Adrian Heath wanted to beat the club he spent six and a half years building, and on the other side, James O’Connor wanted to grab three crucial points against the boss that gave him his first coaching job.

In the end, both teams split the points after Minnesota United leveled the game in stoppage time and Orlando City had a penalty kick decision overturned moments later, as the match finished 1-1 Saturday night at Allianz Field.

The game went into halftime scoreless yet what happened on the field suggested anything but that the team sides were equal on the night. While Minnesota and Orlando were nearly equal on possession, the Loons out-shot Orlando 22-5, out-crossed them 31-6 and collected four corners while Orlando didn’t win any.

Despite being largely outplayed in the attacking hall all night, Orlando found the first goal in the 70th minute when Nani was brought down by Ike Opara in the penalty area, giving him a chance from the penalty spot, which he buried for his ninth goal of the season.

The penalty was set up by Tesho Akindele, who fired a ball down the field to a wide-open Nani, who ran into the box before being taken down.

Orlando went into ultra-defensive mode at that point, hoping to cling on to the victory that would have jumped them to sixth place in the Eastern Conference standings, above the playoff line for the first time in several months.

They held on all the way into stoppage time, where Adu Danladi, who came into the game early in the first half after Angelo Rodriguez left injured, tucked home a shot from inside a crowded penalty area to level the score and send the sellout crowd at Allianz into a frenzy.

Orlando was briefly awarded another penalty two months later when Minnesota’s Chase Gasper was called for a handball in the box, but a VAR review discovered that Akindele was offside prior to the handball.

The Lions host Atlanta United on Friday at Exploria Stadium. Kickoff is set for 8 p.m. ET on ESPN.