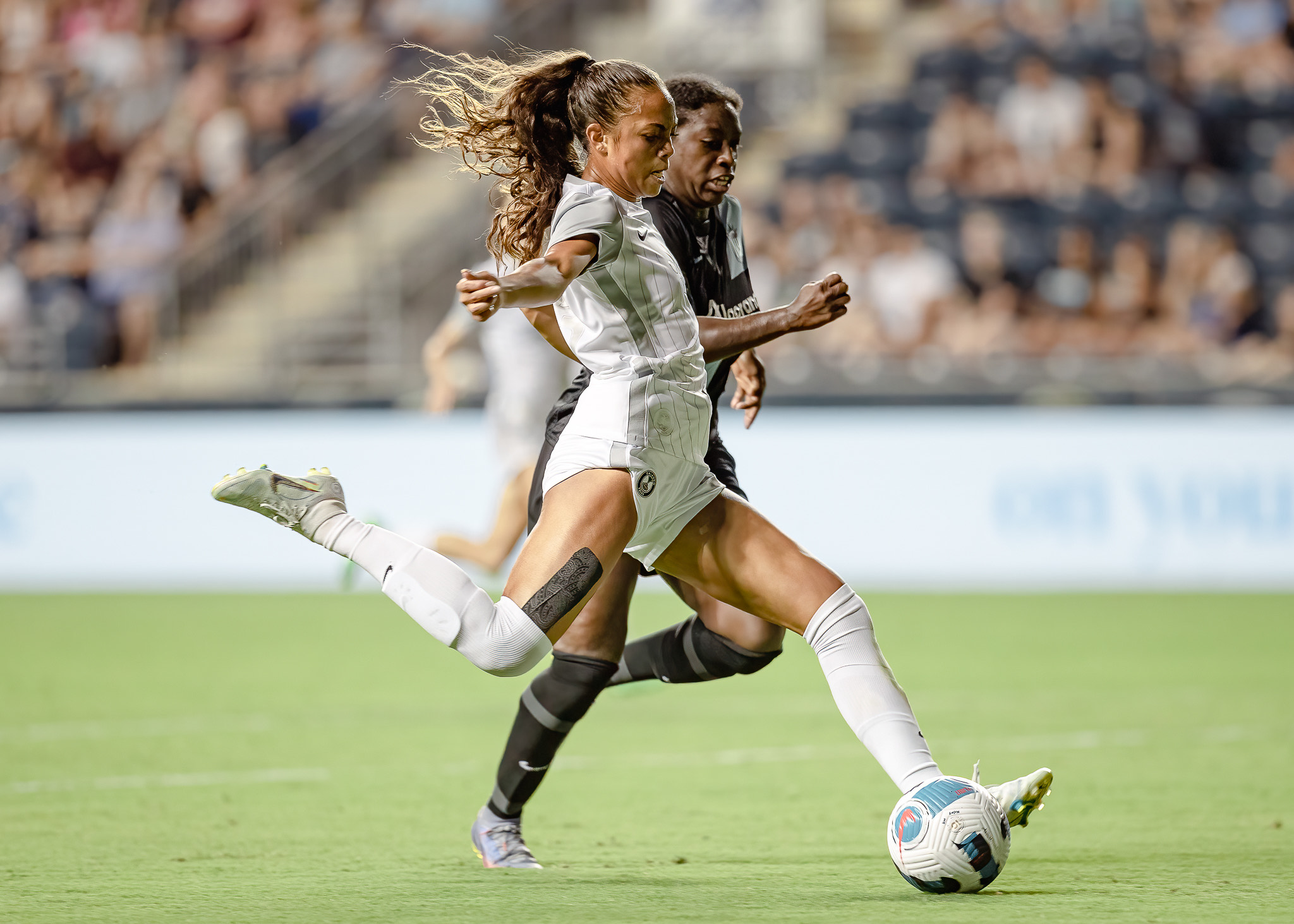 Everyone has their own journey in life.

That’s the rule of thumb that new Orlando Pride forward Ally Watt lives by heading to her third NWSL team since she was drafted in 2020 by the North Carolina Courage.

The start to Watt’s professional career was slow and unexpected after sustaining an ACL tear just 13 minutes into her first game with the Courage at the height of the COVID-19 pandemic. Rehabbing and then being traded to OL Reign at the end of 2020 gave the forward a new start, appearing in five matches for the Reign in 2021.

“My first few years were definitely not what I expected,” Watt told the Orlando Soccer Journal. “I just think it was like I had a delay to my career.”

“When I got traded to Reign, they had so much faith in me and supported me through my whole entire rehab and got me back on the field,” Watt said. “I’ll always be grateful for that.”

In step the Orlando Pride, who offered $125,000 in Allocation Money for the 25-year-old, bringing her into a team desperate for a scoring punch. Watt joined the Pride for training on Wednesday, trained for two days and flew with her new team to Philadelphia for their road match against Gotham.

In the 64th minute, Acting Head Coach Seb Hines called on Watt to come in and change the game.

“Just be me,” Watt recalled Hines telling her.

So nine minutes after coming in, she did just that. After getting on a ball from Meggie Dougherty Howard, Watt drove into the box, hitting a shot across the face of goal and in, just knicking the inside of the post. It was her first goal in the NWSL regular season in her career.

“The coaches always were telling me during my only two practices with the team was just dribble,” She said. “Just dribble at people, drive at them and I just made sure I did that.”

The goal marked a step in the right direction in Watt’s road to recovery. Physically, she’s back to normal after her ACL tear. Mentally, however, is where she still feels like she needs work.

“I just need to find that attitude I had on the field, carrying that again and just finding my swagger again,” She said. “That comes with confidence, a lot repetitions and like the coaching staff noticed that that’s what I really do need. So, I think here I will get a lot of repetition and a lot of time, and that will just help me grow more into myself and hopefully just get all the results I want to get.”

Watt and the Pride will now prepare for their first home game since the first week of August, as they’ll host Watt’s former team, OL Reign. This will be her first time playing in front of the Pride home fans, which is something she’s looking forward to.

“I know what I expect from them,” Watt said, ” I really hope they’re welcoming to me here and that they’re excited and that I will give all I can here with this team. So, I hope they like me and I hope they’re ready for some energy.”