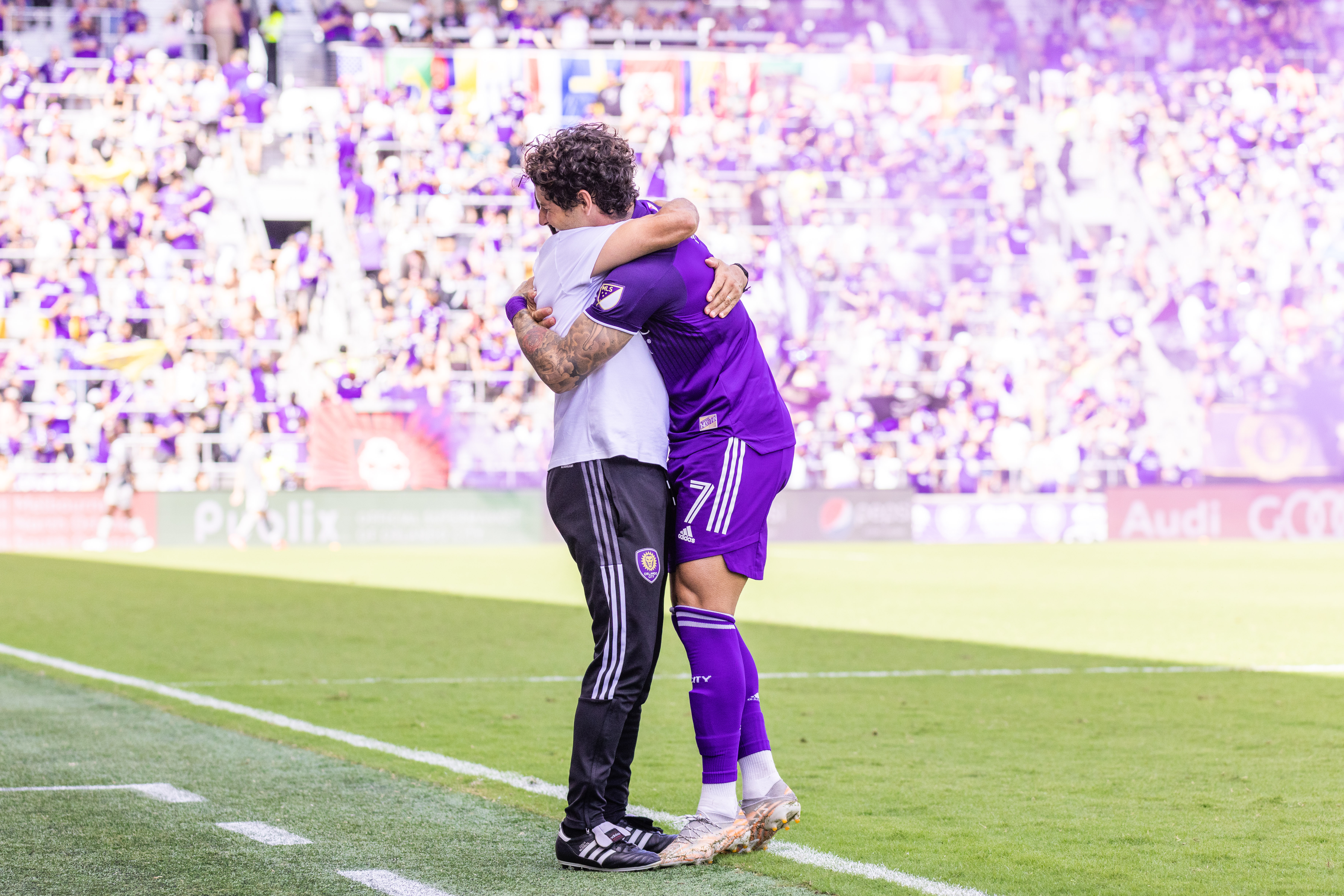 For the first time since 2017, Orlando City has won its season opener. After two second-half goals and two red cards shown for both sides, the Lions notched their third straight opening day shutout by taking down CF Montreal 2-0 to open their eighth season in MLS.

After a slow start to the match, Orlando out-worked the visiting Canadians in the second half, applying good pressure and connecting passes through the midfield. Despite the red card to Robin Jansson taking a bit of the wind out of their sails, the Lions put together a solid first match.

Here are three things we learned from Sunday’s win over Montreal.

The first 45 minutes for Orlando was, in a word, rough. The Lions struggled to get their footing in the game and Montreal came out of the gate with an intensity that overmatched Orlando’s early on. However, the second half was all Orlando, with goals in the 49th and 59th minutes to set the tone for the rest of the match.

It was difficult in the first half because they’re a good team,” Forward Benji Michel said after the match. “It was difficult trying to break them down. I think what really got to them in the second half was the heat. They’re not used to the heat like we are. So I think just our level of staying, that consistent level that we had in the first half, we just kept it and they started to die down. You kind of saw as we executed on the first goal with Pato.”

“The second half was important,” Head Coach Oscar Pareja said, “The first half was very level for Montreal too because they’re a good team but the second half we came up with that instance to continue the good job and also just have this opportunity to score and that happens. The boys did a good job on keeping that and starting on the second half. It was something that we asked them to do and today was a good example.”

After missing most of last season with an injury, forward Alexandre Pato scored his first goal for Orlando City in the 49th minute. It was a goal that meant so much more for a player who’s struggled with injuries his entire career and who went through a rough recovery last season, only playing five games for the Lions.

“I feel so happy after scoring.” Pato said, “After a long last year I didn’t play for a long time, and then when I come back to the field, you feel like ‘wow, what’s happened.’ When I score, when the game is done, I see our supporters. Happy that’s my goal. That’s my ghost. I’m so happy to do my best today.”

The Lions veteran forward has been taking more care of his body after rehabbing from surgery that kept him out most of last year. He also said how important it was to stay mentally strong throughout the process, which has helped him get to this point.

“The mentality must be strong,” Pato said on media day last week, “I think most soccer players don’t have this strong mentality. That’s what I learned the last year. I needed to go to training all day and train hard. I learned for this year to care for my mentality, care for my body so I can always do my best.”

The Lions won their home opener for just the second time in the team’s eight-year run in MLS. Unlike their win in 2017, the two-goal lead marked the largest margin of victory for Orlando ever in their home opener.

Under Oscar Pareja, Orlando has never lost a home opener, playing to scoreless draws in both 2020 and 2021.