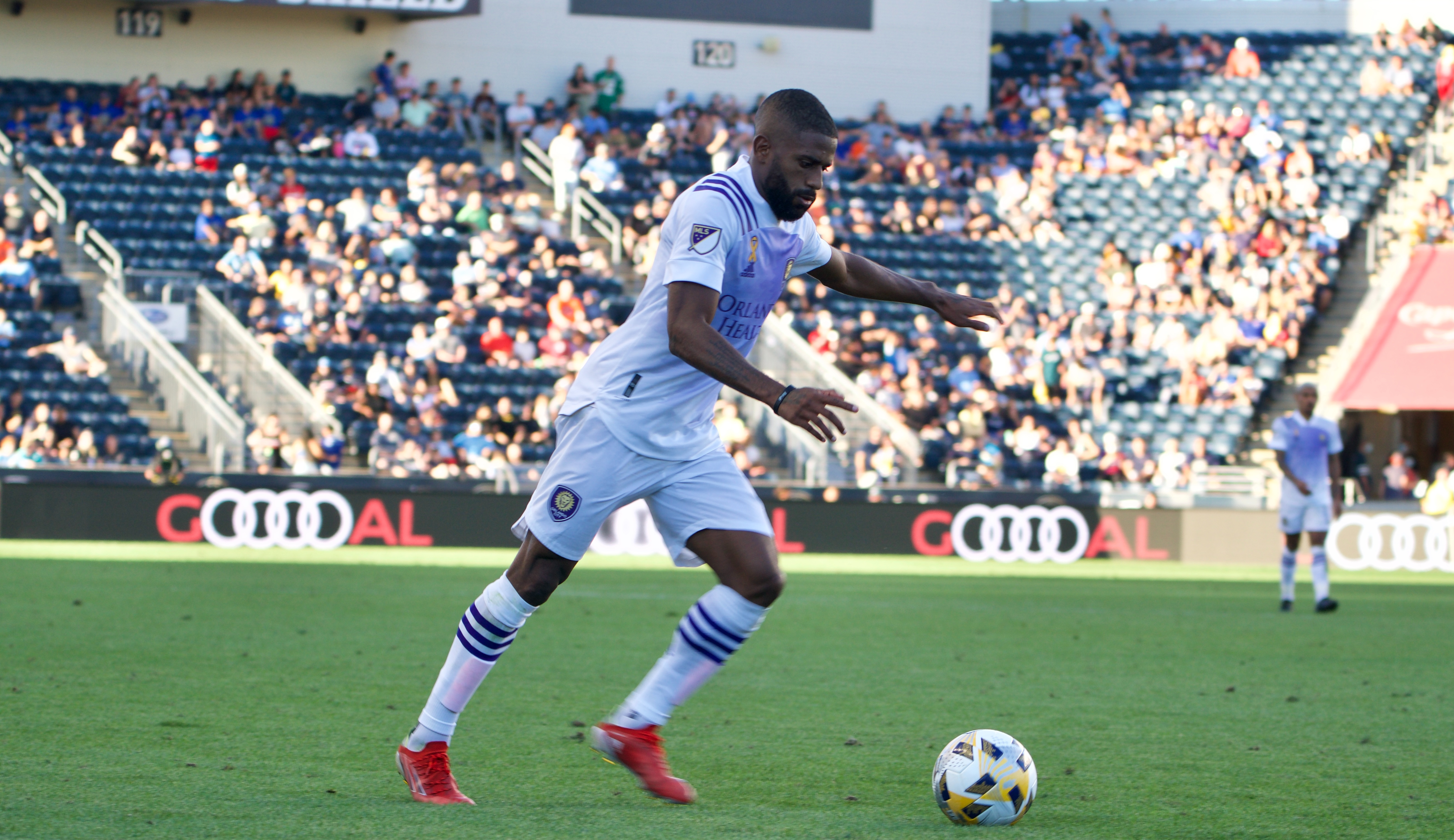 For the first time since 2019, the Lions have lost three consecutive games.

In a match that saw questionable officiating along with a late ejection from centerback Antonio Carlos, it was the Philadelphia Union behind Kacper Przybylko’s two-goal performance that saw the home side defeat Orlando City, 3-1, on Wednesday afternoon at Subaru Park.

“The first thing I have to say is express the disappointment that we have on that first goal,” head coach Oscar Pareja said. “Conceding on the three violations and then we came up upset. We have to accept those decisions, doesn’t mean that we agreed on it. And then overall, a match that in those key moments when those plays came just make a difference on the result.”

Philadelphia opened the scoring before halftime, but it came with some drama in the play leading up to the goal.

A ball played into Orlando’s defensive third in the 37th minute saw Przybylko elbow defender Rodrigo Schlegel in a Union build-up. The ball was eventually cleared and saw the Lions go on a counter which was quickly put out by Philly. The Union countered after the turnover, Przybylko played a ball to Cory Burke who then crossed the ball to an open Kei Wagner, whose shot took a deflection off Schlegel and past Pedro Gallese to give Philadelphia the 1-0 lead.

The goal and the apparent foul on Schlegel was looked at by the VAR, but the goal stood.

Orlando (10-7-8, 38 points) managed to respond early in the second half when a cross sent in from Mauricio Pereyra connected with Ruan, who leaped and headed the ball past Andre Blake in the 57th minute to tie the game, 1-1.

It was the second consecutive game that saw Ruan score for Orlando.

But Philadelphia retook the lead moments later when a ball not cleared away in Orlando box saw Alejandro Bedoya pick an open Przybylko to slot the ball from close to give the Union the 2-1 lead in the 61st minute.

Orlando City were reduced to 10 players when Antonio Carlos was shown a straight red card in the 88th minute for a last-man tackle on Jamiro Monteiro.

Przybylko would step up to take and convert the penalty to ensure the victory for the Union, which snapped a three-game winless streak.

For Orlando, the result comes on the heels of allowing 12 goals in the last four matches, along with three ejections in its last two games.

Nani and Andres Perea did not play in Sunday’s match against Philadelphia after serving a one-game suspension following respective ejections from last week’s match against Montreal.

The Lions travel to take on the No. 1 team in the league, New England Revolution, on Saturday at 7 p.m. at Gillette Stadium. The match will televise locally on FOX 35 Plus and LionNation TV.