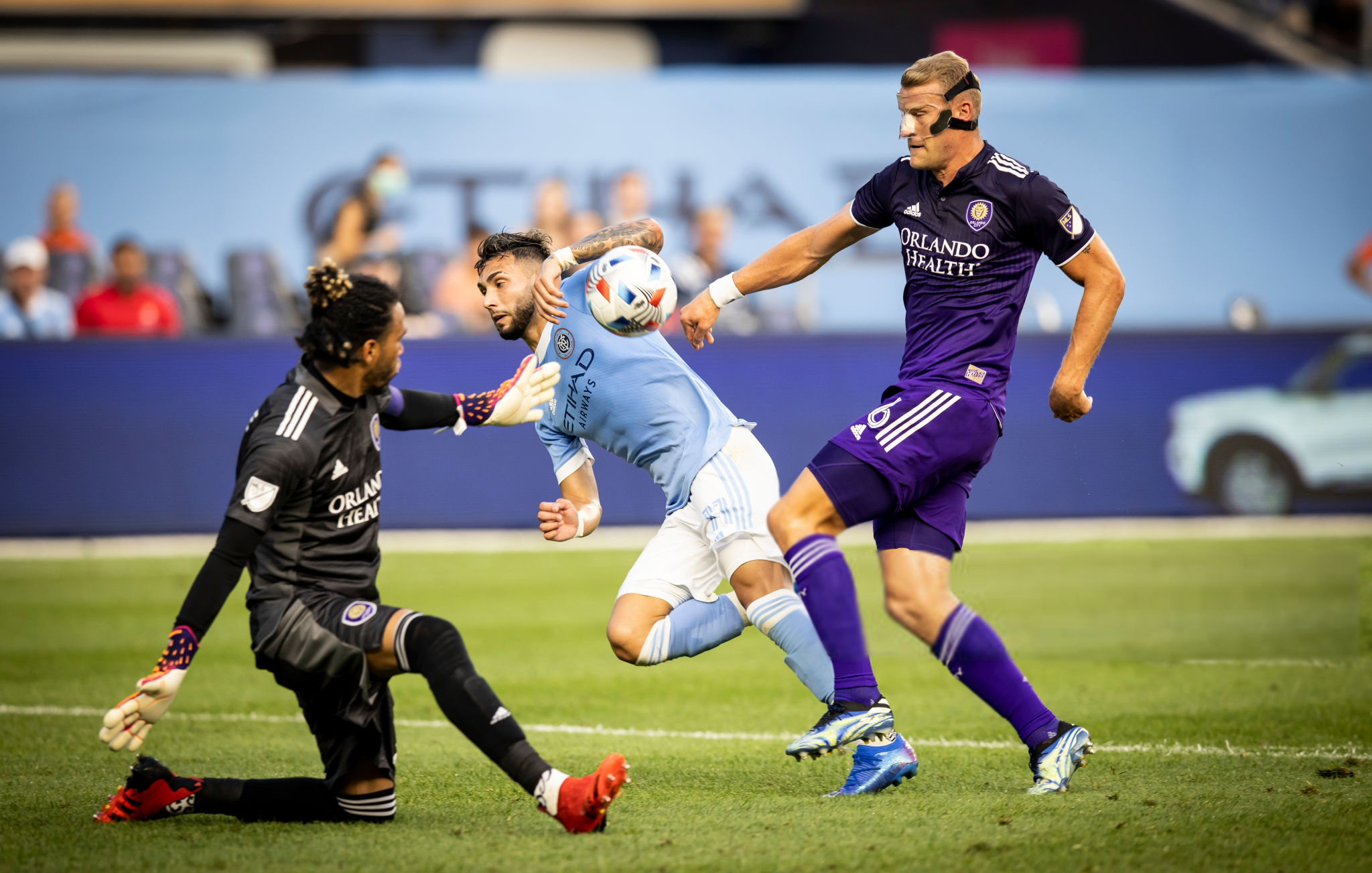 Soccer games at Yankee Stadium are rarely pretty, and this match wasn’t rare.

Capping off a week of three games in eight days, a short-handed Orlando City went to New York City and all they got was this crummy soccer match, falling 5-0 to New York City FC on Sunday night. The lopsided result goes down as the first loss by more than two goals in the Oscar Pareja era.

While new signing Emmanuel Mas was in the lineup for his club debut, the Lions went into battle without an armada of their scoring corps, with Nani, Maruicio Pereyra, and Chris Mueller staying back in Orlando for the away match — and including Daryl Dike, who is with the US, and Tesho Akindele, who was called in by Canada as a Gold Cup replacement this week.

“Very difficult game,” Pareja said after the match. “I think New York from the first minutes started just getting space. We couldn’t find a way to match the game. What I can tell you is our team is intact and we will bounce back. We go with no excuses. Tonight nothing bounced our way. We didn’t play well. We couldn’t put passes together. We have commitment with ourselves, and we will look in the mirror to see what needs to be better.”

The scoring opportunities for Orlando came few and far between, as the Lions were out-shot 23-5 by NYCFC.

The Pigeons tested goalkeeper Pedro Gallese on and off throughout the first half, finally finding the breakthrough goal in the 40th minute, when Jesus Medina picked up a loose ball on the left side and blasted a shot inside the penalty area that Gallese stood no chance against, as it flew past him into the top corner to put the home side up 1-0.

While the Lions went into halftime with the game still within reach, it didn’t take very long for things to start slipping away.

Ismael Tajouri-Shradi doubled the lead in the 53rd minute when he beat Gallese with a rocket from the top right corner of the penalty area.

Maxi Moralez added his name to the record with an open-netter in the 65th.

Things only got more out of hand from there.

In the 79th minute, Moralez floated a perfect ball over the top to Malte Amundsen, who finished to pushed NYCFC’s lead to 4-0.

NYCFC made it 5-0 minutes later when Valentin Castellanos tapped home a ball in front of the goal.

Thankfully for Orlando, the bleeding stopped there.

The Lions came into this match second in the Eastern Conference and while the month of July hasn’t been awfully kind to the team – as it tends to be every year – this performance was by far the lowest the team has seen in some time, especially during the Pareja era.

The Lions will fly home and get some much-needed days off before welcoming their rivals from Georgia to Orlando, with a matchup against Atlanta United on Friday night at Exploria Stadium.