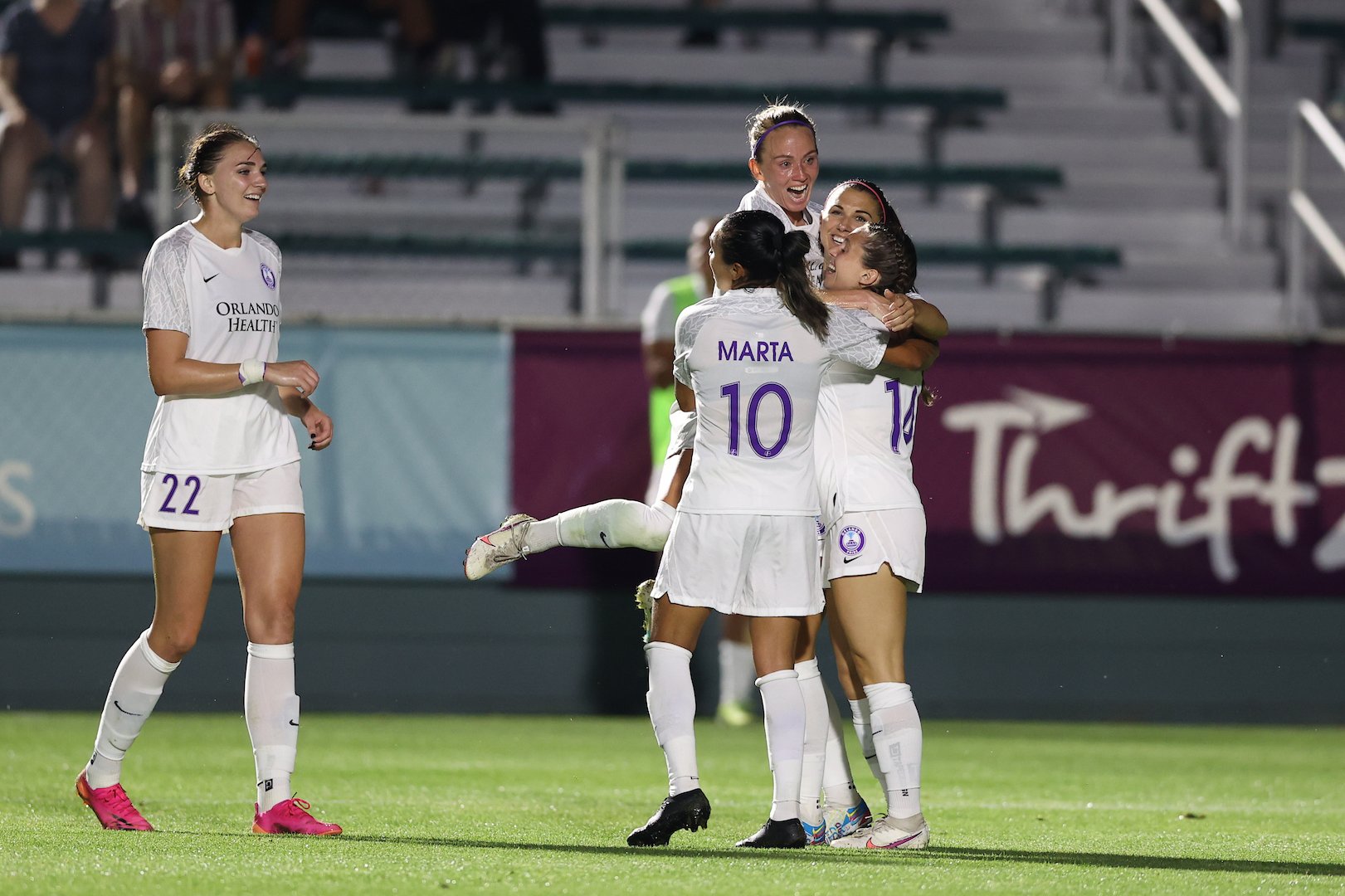 In their first away match of the season, goals from Sydney Leroux and Alex Morgan secured the Orlando Pride a 2-1 road victory over the North Carolina Courage on Saturday at WakeMed Soccer Park.

The Pride (1-0-1, 4 points) opened the scoring late in the first half when a turnover from North Carolina fell to Leroux, who pounced on the opportunity to strike the ball past the goalkeeper towards the bottom-left of the goal to give Orlando the 1-0 lead in the 36th minute.

Alex Morgan doubled score line for Orlando when a flick header from Taylor Kornieck found the U.S. national team star to cut into the box and score from close range to make it 2-0 in the 79th minute. This marks back-to-back matches the USWNT forward has scored after much of the last two seasons recovering from injury and pregnancy.

The Courage pulled one back in the 89th minute when Jessica McDonald scored from close to reduce Orlando lead to 2-1, but a late save by Pride keeper Erin McLeod helped her team secure all three points on the road

The Pride are back home at Exploria Stadium on Wednesday when they host the Portland Thorns at 7 p.m. on Paramount Plus.