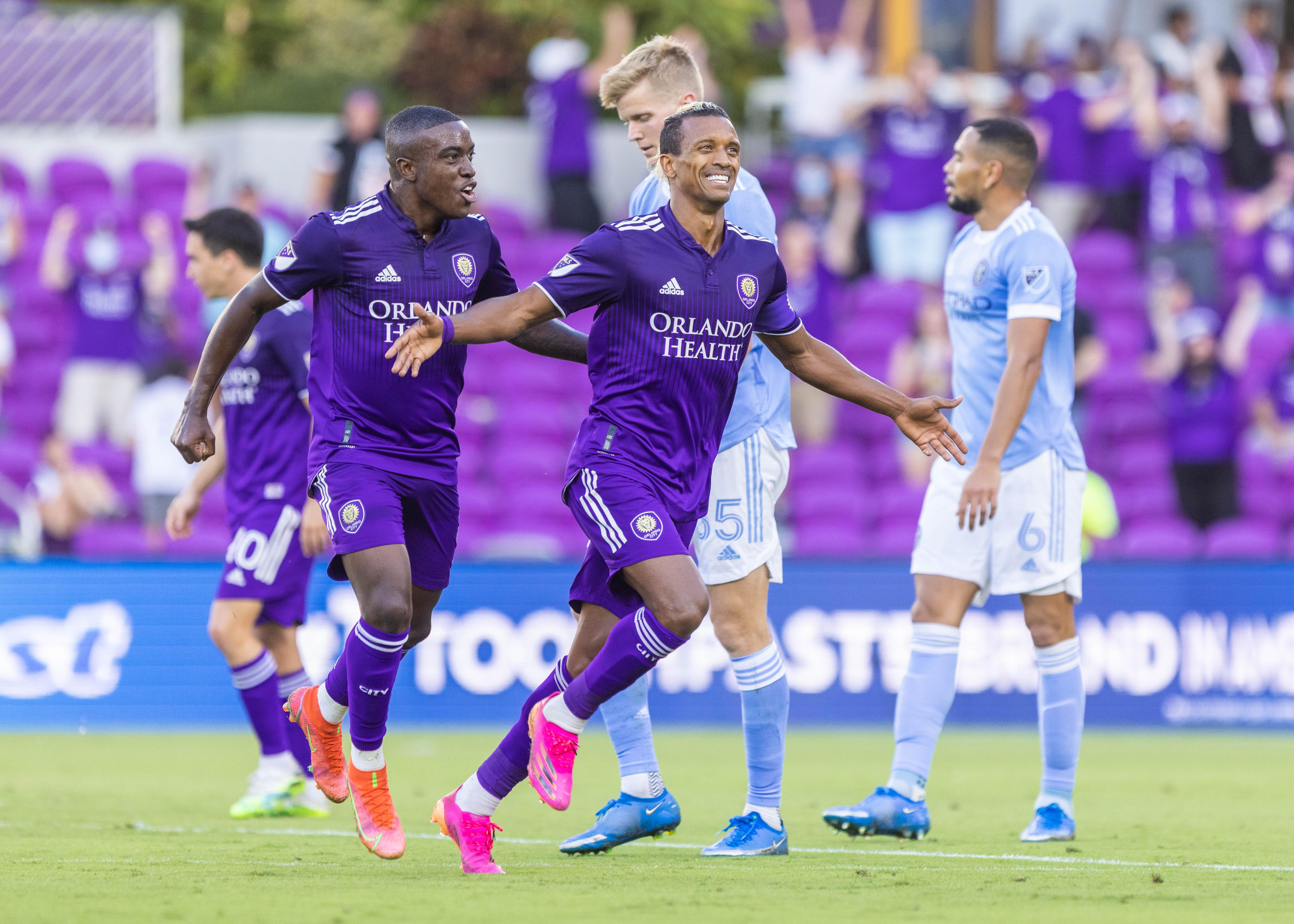 It was always going to be a tightly contested affair as Orlando City hosted New York City for the first time this season.

Since 2015, the Lions have not played any other team more, with each match being a physical, emotional battle. Saturday night’s match was no different as both teams battled it out for a 1-1 draw in front of an announced limited-attendance of 11,503 at Exploria Stadium.

“Obviously, we wanted more,” said head coach Oscar Pareja. “I thought the boys did an excellent job today. Just make us feel very proud of them and what are they doing and the way they are playing, and creating options and put their heart in the field. Obviously, it’s disappointing not to come up with three points which is what the fans deserve and what we work for. But we played against a good team that has a game model that is not easy to play against.”

The match was a physical affair from the get-go, with NYCFC’s high press and compact midfield creating problems through the first half for Orlando.

The Lions managed to get a few chances through Ruan‘s overlapping runs behind the defense, but only one resulted in a chance on target. Unfortunately for the Lions, the right back sustained an undisclosed injury late into the first half and had to be subbed off for Joao Moutinho.

It wasn’t until the second half that the match opened up. With some switched up tactics, Orlando managed to press forward through Junior Urso into the midfield. The Brazilian managed to find Mauricio Pereyra at the top of the box, who then passed it back to Nani, who curled a shot from just outside the box, beating Sean Johnson and giving the home side a 1-0 lead in the 52nd minute.

For the next 25 minutes the game opened up a bit, with NYCFC pushing numbers forward and making more offensive minded substitutions, including Ismael Tajouri-Shradi. In the 74th minute, Tajouri-Shradi managed to get into the box and passed Joao Moutinho, only for the left-back to take down the NYC attacker, earning the away side a penalty and a chance to pull the game level. Valentín Castellanos managed to send Pedro Gallese the wrong way and tied the game at 1-1 in the 77th.

From then on, it was game management from both sides. As the game came closer to the end, NYC looked to drain the clock and see out the draw, while Orlando continued to push forward, eventually leaving themselves exposed in defense with tired legs. That almost came back to bite them in the last seconds of the match.

After a Nani turnover in midfield in the fourth minute of stoppage time, Jesús Medina managed to get behind the defense and go one-on-one with Gallese, but the Peruvian keeper put himself in perfect position to stop the shot and preserve the 1-1 draw.

Through all competitions against NYCFC, the teams have now drawn eight times, with six of those coming at home. This is their third straight draw against the Pigeons for Orlando, with the last one coming in the MLS Playoffs.

The Lions improves to 1-0-3 (W-L-T) with six points in the regular season, tentatively positioning the Lions to fourth place in the Eastern Conference standings.

Orlando travel to the nation’s capital on Saturday, May 16 to face D.C. United. Kickoff is scheduled for 8 p.m. and will be televised on FOX 35 Plus as well as LionNation TV.