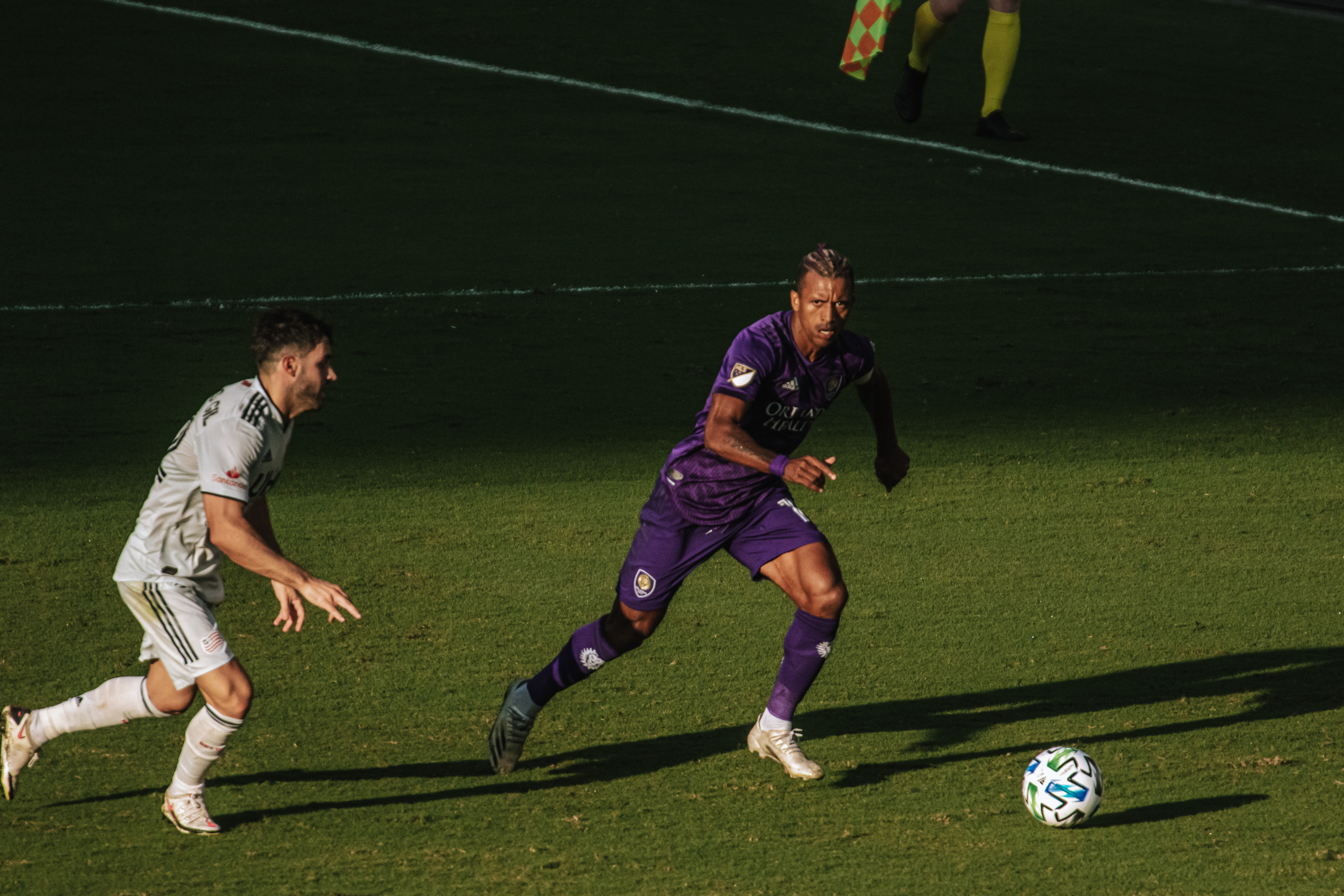 The best season in Orlando City‘s MLS era came to an end after a 3-1 loss to the New England Revolution in the Eastern Conference semifinal on Sunday afternoon.

We now head into the offseason with plenty to ponder. For now, here are three thoughts following this season-ending playoff loss.

DPs falter on the big stage

When the team needed them most, both of Orlando’s most important players, Nani and Mauricio Pereyra, went missing on the big stage on Sunday.

Pereyra was sent off in the 60th minute after a reckless studs-up tackle into the back of Matt Polster‘s leg, and Nani had a penalty kick saved 14 minutes later that would have tied up the game and give the Lions a new life heading into the final 15 minutes of regulation — hardly an advertisement for your two most important players, by roster designation.

Outside of those moments, neither star played exceptionally well. While Nani was creative with four key passes in the match (passes leading directly to attempts on goal), he was visibly frustrated all afternoon long with the decisions made by the referee (and was finally shown a yellow card for that later in the match after several run-ins with Alex Chilowicz). As the game wore on, he struggled more and more to make a meaningful impact, with the penalty save as the final nail in the coffin.

Nani’s form coming into the playoffs wasn’t great either, if we’re being open. As Matt Doyle pointed out after the match, much of Nani’s 2020 success all came early in the season, starting with the re-start in MLS is Back, and quickly falling off down the stretch:

The 34-year-old will be heading into the final year of a three-year contract with Orlando City in 2021, a year that I was highly skeptical of when the deal was announced in early 2019. While 18 goals and 15 assists in 49 appearances for the club over two seasons is nothing to scoff at, his dip in form over the final two months of the season is worth keeping in mind as the Lions prepare to re-tool and take another run at an MLS Cup next season.

Despite his penalty kick record in MLS (5-for-10) and flatlining impact down the stretch, he’s an otherwise key figure in the Lions’ lineup and someone that Oscar Pareja will surely be counting on in 2021. The only thing is, it might be worth making sure his minutes are managed better and the team finds some ways around relying mostly on him next season.

A startling lack of discipline

Nine yellows and three reds. That’s what the Lions picked up across their first two playoff games as a club in Major League Soccer, and a pace that will not guarantee any future success if it holds.

When the team looks back on what stopped them from going all the way in these playoffs, they won’t look at the red cards being the problem, but there were certainly a key problem for the Lions. Following Ruan‘s poor judgement to kick a New York City player in the thigh in retaliation last week, Pereyra flashed a poor lapse in judgement on Sunday with his dangerous tackle on Polster. A well-deserved red card, Pereyra may have significantly hurt his side’s chances of coming back, already down a goal in the 60th minute, with that decision to fly in studs-up from behind.

The Lions pulled out a victory last week despite being down a man for over 40 minutes, but they couldn’t replicate that success in the conference semis. Finding that composure and discipline in key moments will be important for Oscar Pareja’s side moving forward.

An interesting offseason ahead

And now we heading into Pareja’s first full offseason as head coach of Orlando City, and there’s plenty of intriguing things to look out for.

The Lions needs a lot of depth on the backline. Losing Joao Moutinho hurt this team in more ways than one, and not having much real depth at the fullback spot hampered its potential. Kyle Smith was commendable for his performance this season, but Kamal Miller didn’t take the step I was expecting him to.

Antonio Carlos‘ loan will now expire and whether or not the club decides to buy him outright will have a big impact on 2021. This was, when healthy, the best backline the Lions have had in six seasons, and having to re-do the center-back pairing will be a risky move if Pareja and chief soccer exec Luiz Muzzi don’t already have someone else in mind as a comparable replacement.

There’s plenty of questions in the midfield too, with Uri Rosell and Sebas Mendez hanging around, and does the team have enough depth behind Mauricio Pereyra and on the wings (short answer: no).

And of course, there’s Dom Dwyer‘s future with Orlando City sitting way up in the air.

Orlando City surprised the league in Pareja’s first season without making many big changes to the same squad that James O’Connor failed to win with. It’ll be an adventure to see how Pareja now builds this squad with the opportunities he’ll have for further improvement this winter.

I’ll leave it at this for now, as there will be plenty of time to dissect the future of the roster in the coming weeks.