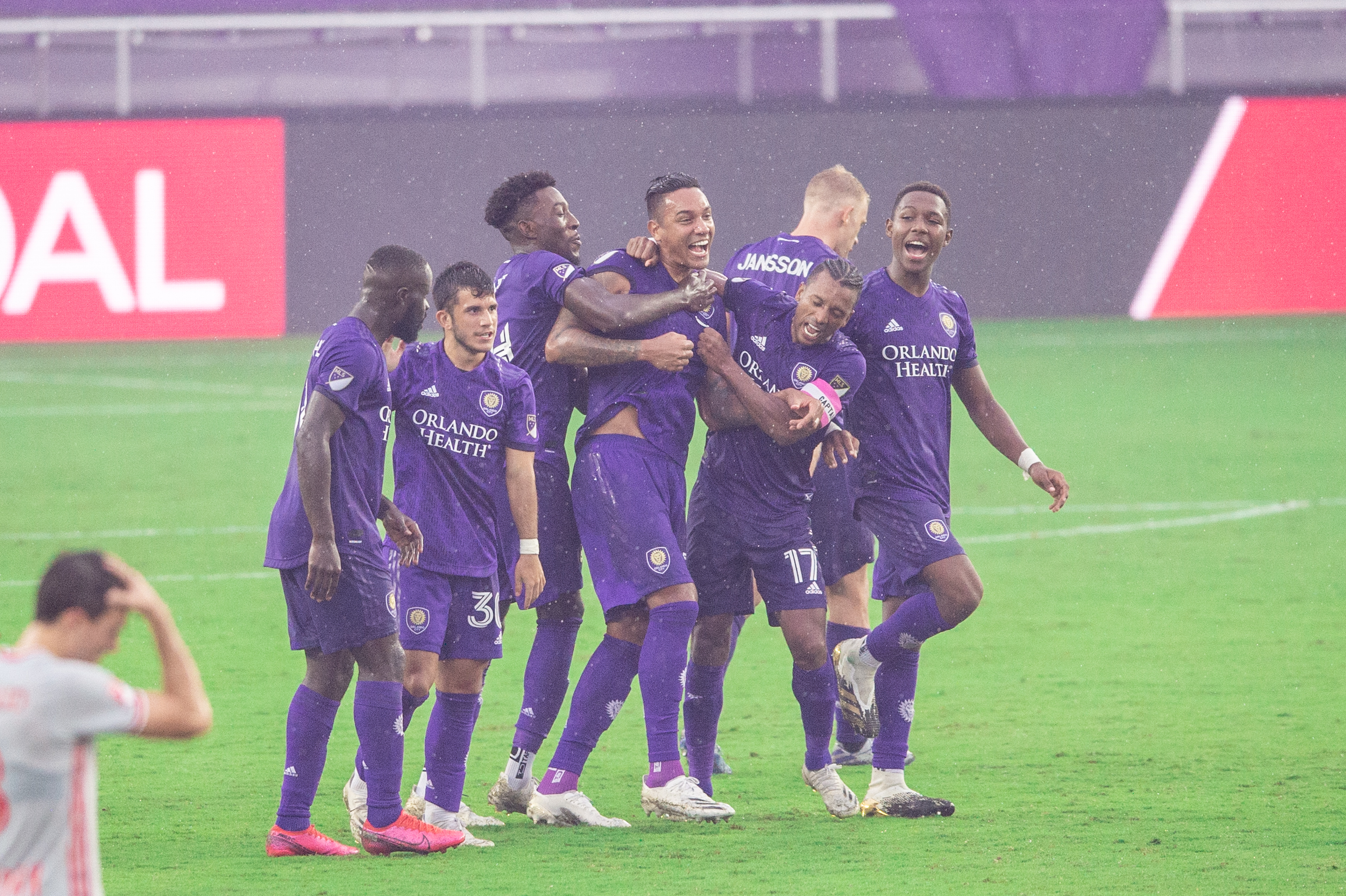 During Saturday’s broadcast of Orlando City‘s 3-1 win over the New York Red Bulls, the same question kept cropping up: can this team compete for an MLS Cup this season?

Every time, the question was met with both praise and skepticism, and notably after the match when the question was posed once more, for the third time, Alexi Lalas pointed Orlando City’s “history of futility” as the reason to have doubts. Now, he did go on to mention that this is 2020 and things are very different in and around the club right now, but that “history of futility” comment stuck out because it’s hardly an uncommon sentiment around the Lions right now even as they’ve gone nine unbeaten and sit two points from the top of the league.

For a year that has been wildly unprecedented, MLS is no different, and Orlando City is proving that.

With their win this weekend, the Lions extended their record-breaking unbeaten run to nine games, with just one loss post-shutdown in league matches — a 3-2 loss in Miami back on August 22. The Lions are also on their best points per game pace ever:

Orlando City is 13 points clear of the 11th place Chicago Fire with eight games to go, meaning that even grabbing just half of the remaining points available between and the end of the season would more than likely be enough to secure the club its first playoff berth ever.

Now, back to that comment earlier: “history of futility.” I’m not going to lie, there’s still a thought sitting in the back of my brain that isn’t letting me fully believe that what we’re witnessing is real. Orlando City can’t possibly be this good, right?

Last week I jumped into the advanced stats that showed just how much Orlando is over-performing this season, but the more we watch this club play, can we really say that over-performing is a fair word? Sure, without Oscar Pareja on the sideline, it’s probably safe to say that the Lions wouldn’t be nearly close to where they are now as one of the top teams in league — not just over the last couple of weeks, but over a stretch of three months now, including that run to the MLS is Back tournament final.

Against the Red Bulls, the Lions pulled out a victory without five key starters (three on defense and two in the midfield) proving that with this team, next-man-up isn’t just the motto but an actual, tangible piece of culture permeating within the group. No matter who steps on the field, the game plan is the same, the mentality is the same, and ultimately, the results are the same.

That’s not a group of players over-performing to carry a team to better results, that’s a full roster, top to bottom, playing good soccer week in and week out, finding results as a collective unit.

“I see it at practice, everyone in our team can play at any time in my opinion,” defender Kyle Smith said after Saturday’s 3-1 victory. “I have confidence in every single one of our players and it shows. Like you said, if one person is not available the next man steps up and I think that we have proven that all year and I think that if we need other players to step up, I know that they will be ready. I have confidence in every single person on our roster.”

So what’s different than last season?

Ultimately, the core group of players is the same. The Lions have seen strong contributions from newcomers like a Junior Urso, Pedro Gallese, and Daryl Dike, but for the most part, the rest of the starting lineup is full of guys that were lining up last season for James O’Connor.

For starters, the mentality is night and day. The word “pragmatic” comes up a lot when Pareja is talking because that’s the game plan he preaches, and that’s exactly what we see from the Lions every week. That wasn’t the case in games under O’Connor last season, when the Lions played a far more defensive approach, as also evident by how many more goals the team is scoring this year.

And when you have that strong, always on the attack mentality, you don’t fear anybody — as the results have also shown: wins over LAFC, Atlanta United, New York City FC, Red Bulls, Minnesota United, Sporting KC. They all prove this team won’t back down against the anointed “big clubs” in the league.

“I would say that right now our confidence is sky high,” Smith said. “I think that we know that we could beat any team in this league and I think that personally, this is a new feeling for me this year compared to last year for example. I go into every game knowing that we have a great chance of winning the game and that we should win the game. It shows that our confidence is high and I think that everyone in the team feels that way too.

Smith sees it in the locker room. We see it on the field; that “history of futility” means nothing right now.

Welcome to the new era of Orlando City soccer.