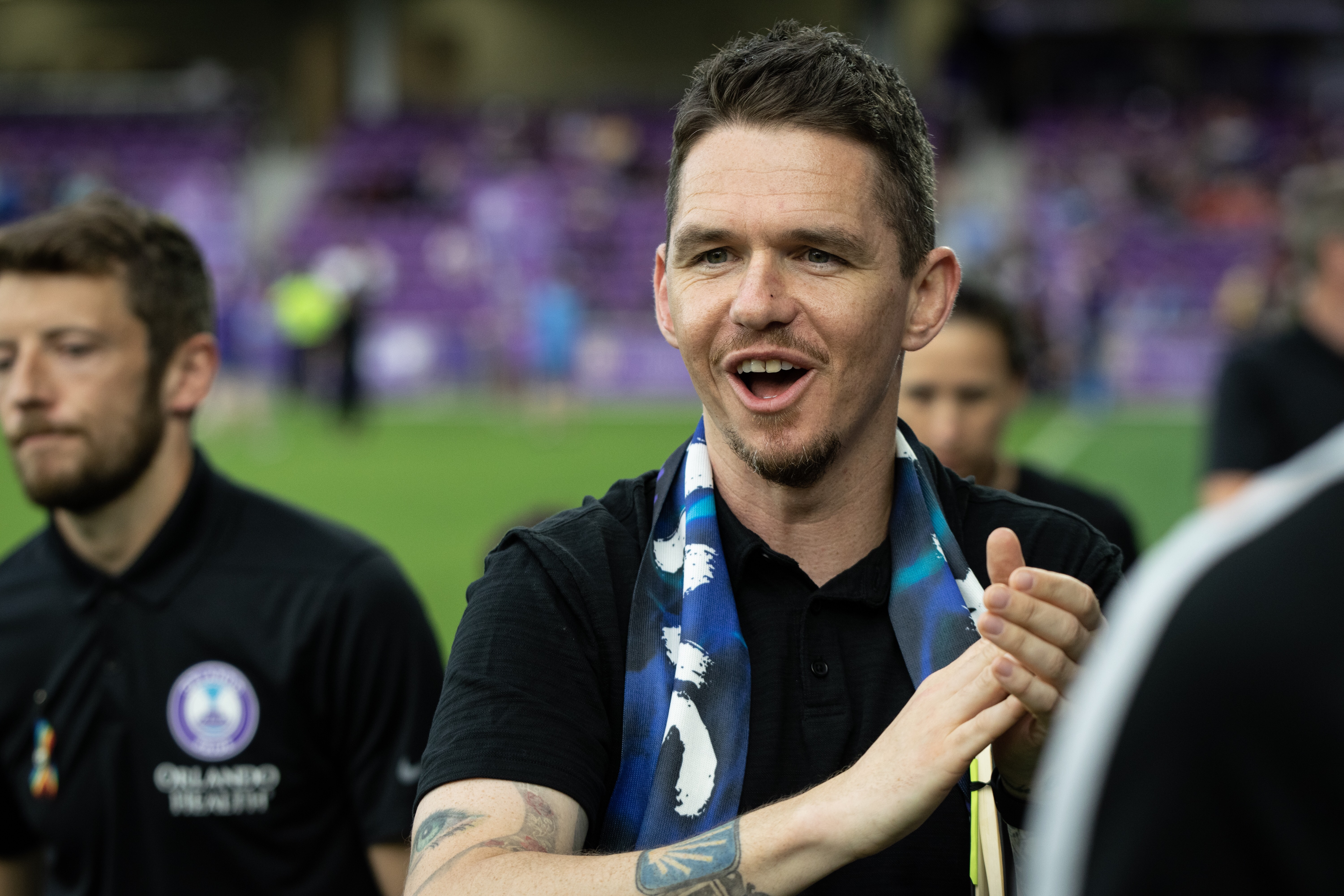 The Orlando Pride announced on Wednesday the decision to exercise the contract options on head coach Marc Skinner and assistant Carl Green, keeping them both at the club through the 2021 NWSL season.

“We’re currently in the process of establishing a high performing Pride organization that delivers results both on and off the field, and we’re pleased to have Marc and his staff continue leading this team,” Orlando Pride EVP Amanda Duffy said in a statement. “While this year has been unique, and we’ve experienced immensely difficult moments, Marc and Carl have proven to have a positive impact on the core of our roster and are an integral part of building the culture of our team to achieve much success.”

“They each have built tremendous relationships and respect within our locker room, and we are excited to see the product of their work with the Pride next year.”

Skinner, 37, joined the Pride ahead of the 2019 season after seven years with FA WSL side Birmingham City.

In his firs year, the Pride finished 4-16-4 with 16 points at the bottom of the NWSL standings despite having a depleted roster for much of the year because of last year’s World Cup in France taking most of the Pride’s international players.

This 2020 season for the Pride, however, hasn’t gone exactly as planned.

The NWSL delayed the start of the 2020 regular season because of the COVID-19 pandemic and days before participating in the NWSL Challenge Cup in Utah last summer, the Pride were forced to withdraw after several players and staff tested positive for coronavirus.

That was followed with an exodus of Pride players loaned outside of the NWSL for the remainder of the calendar year, leaving the club with the decision to sign seven short-term contract players ahead of the four-game Fall Series.

On Saturday, the Pride played their first competitive game since October 12, 2019 against the North Carolina Courage in a 0-0 draw in the NWSL Fall Series.

The Pride resumes action on Saturday against the Houston Dash at BBVA Compass Stadium. Kickoff is scheduled for 8:30 p.m. ET and will stream live on Twitch.