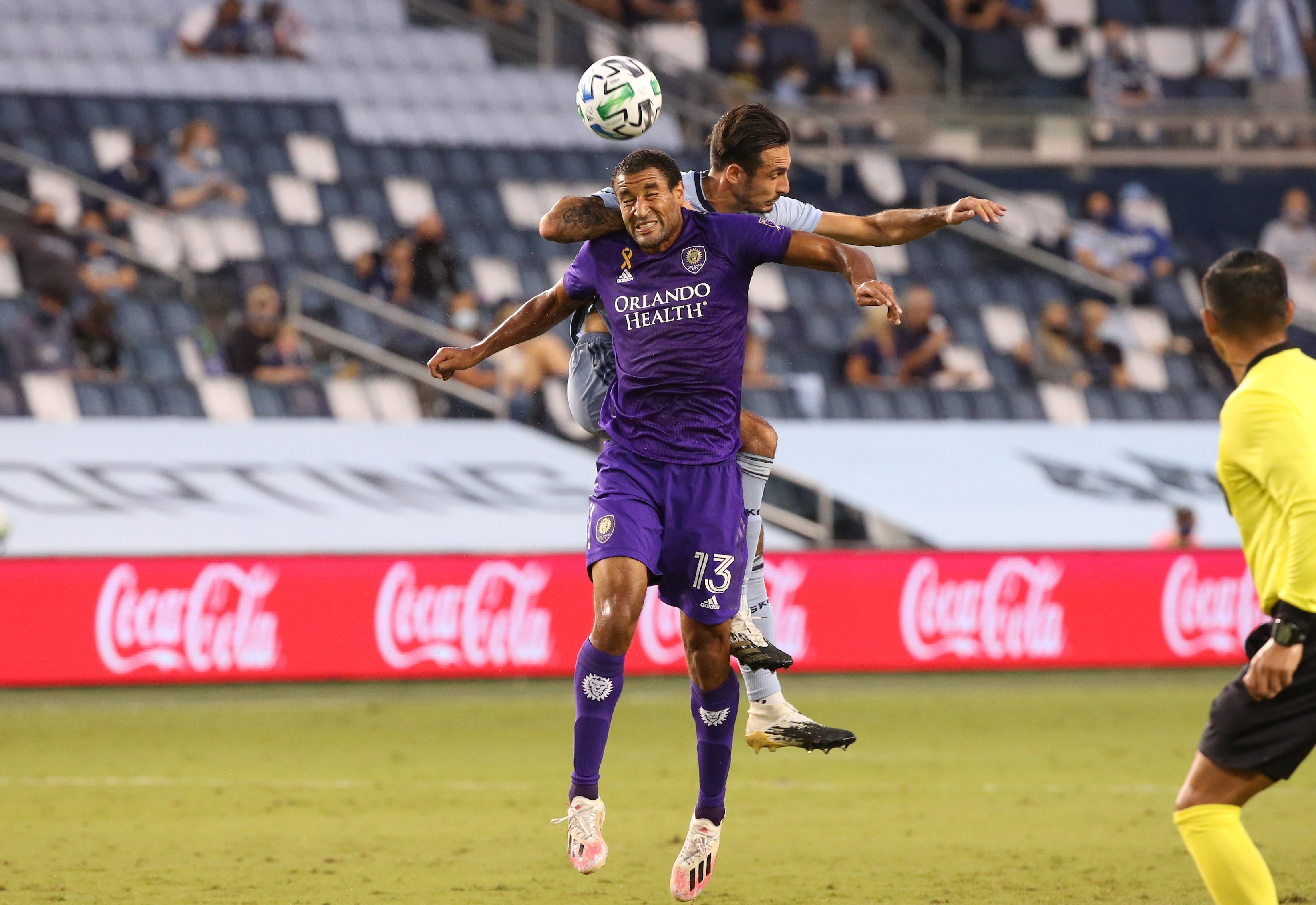 In six seasons as a Major League Soccer club, Orlando City has never seen an undefeated run longer than six games. Until today.

The Lions kicked off a back-to-back slate of road matches, taking place in a span of four days, with a 2-1 victory over Sporting Kansas City at Children’s Mercy Park on Wednesday night — giving the club its seventh straight result and fifth win during that span.

The win also adds to the Lions’ best start to a season in club history, with 25 points through its their first 13 games.

With same-day travel (the longest flight the team has taken since March) and heavy rotation in the starting lineup, Orlando was hardly a favorite in this match, and it showed early with Sporting KC coming out of the gates aggressive, pushing a high line when the Lions had the ball and making it overall tough for the visitors to settle into a groove in possession.

The Lions finally broke through with the first goal of the game, surprisingly, in the 36th minute when Tesho Akindele took off towards goal, beating Kansas City’s offside trap to stay onside, long enough for Ruan to play a well-timed through-ball, putting Akindele through for a one-on-one with Tim Melia, who couldn’t stop Akindele, who put his side up 1-0 for his second goal of the season.

It wasn’t even three minutes later when Orlando doubled its lead, finding itself in front of the same scenario playing out. This time it was Benji Michel with the run, and Nani with the well-timed pass in behind the Sporting backline, as Michel beat Melia again in the one-on-one, making it a 2-0 game.

Kansas City came out of the halftime break with the same intensity and pragmatism we saw in the open half, except this time they were able to capitalize on those attacks, pulling themselves to within a goal of Orlando when Johnny Russell muscled his way over Kyle Smith on the back post, heading in a cross from Gerso to put Sporting on the board.

Sporting continued to pressure, holding 67 % of possession time in the second half, out-shooting Orlando 12-to-4 in the half, but couldn’t find an equalizer. It looked like Kansas City had tied the game in the 76th minute, but the goal was called back for an offside infraction, keeping Orlando ahead.

Orlando improves to 7-2-4 on the season, provisionally sitting in second place in the Eastern Conference standings with 25 points — five points away from the Columbus Crew who sit atop the East.

The Lions travel on Sunday to take on FC Dallas at Toyota Stadium. Kickoff for the match is slated for 8:30 p.m. ET and will televise locally on FOX 35 Plus.