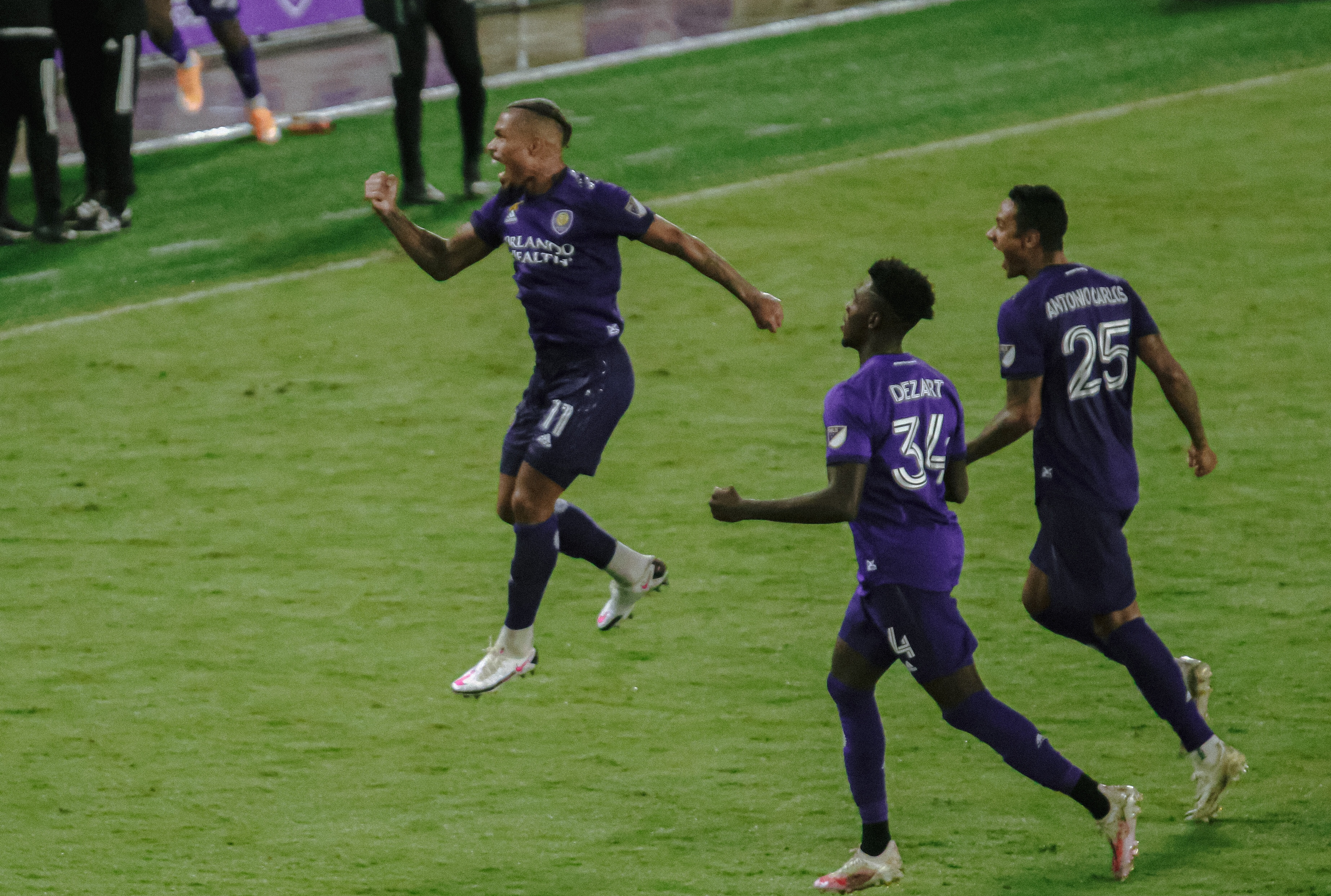 The Lions kept their impressive unbeaten streak going on Saturday night, extending it to a record tying six matches with their 4-1 win over the Chicago Fire in front of an announced attendance of 3,230 at Exploria Stadium.

Chris Mueller and Nani scored in the first half, and Junior Urso and Benji Michel added the finishing touches late in the second half, leading Orlando to their fourth win at home.

“It was a roller coaster game today with a rival that came here with initiatives and an idea of the game that was very clear,” Orlando coach Oscar Pareja said after the match, “So they’ll just make us enjoy, much more our victory because we beat a great team today in Chicago.”

“From the first minute it was difficult to control especially with such a great players in the middle of the field,” added Pareja. “But I think we had our own identity and we had coverage all the time to overcome difficult moments.”

Chris Mueller opened the scoring in the 11th minute, shortly after receiving a ball from Junior Urso, making a run into the box and cutting past a defender, before having his shot was deflected by Alvaro Medran as it rolled slowly past diving goalkeeper Bobby Shuttleworth.

Nani made it 2-0 in the 24th minute after heading a lobbing ball from Mueller past Shuttleworth.

Chicago appeared to pull one back in the 27th minute when a set-piece connected with Robert Beric, who headed the ball past Pedro Gallese, but the play was reviewed by the Video Assistant Referee (VAR) and the final decision was no goal for an offside on Chicago’s Elliot Collier.

The Fire were awarded a penalty kick in the 34th minute for a handball on Ruan, but Lions goalkeeper Pedro Gallese kept Orlando’s 2-0 lead alive after denying Medran from the spot.

Robert Beric pulled one back for Chicago moments into the second half, converting a penalty kick past Gallese to cut Orlando’s lead 2-1 in the 48th minute.

Chicago looked to have tied the match in the 57th minute after Boris Sekulic scored, but after another VAR check, the goal was disallowed from a handball on Elliot Collier.

The Lions made it 3-1 in the 78th minute after Junior Urso capitalized on a failed clearance off a set-piece, giving Orlando a two-goal lead late in the game.

Benji Michel scored his third goal of the season in the fifth minute of stoppage time, striking the ball past Shuttleworth to securing Orlando the 4-1 victory.

Orlando City continued to struggle on defending set-pieces and crosses, conceding two goals Saturday night — both, however, of which were annulled by VAR. The first was in the 27th minute for an offside on Collier and the second in the 56th minute for a handball from Mauricio Pineda.

Pedro Gallese finished with two saves, including his penalty kick stop in the 34th minute.

Orlando and Chicago were even on shots with 19, but the Lions produced seven shots on target to the Fire’s three.

Up next, Orlando travels to take on Sporting Kansas City on Wednesday at Children’s Mercy Park. Kickoff for the match is scheduled for 7:30 p.m.