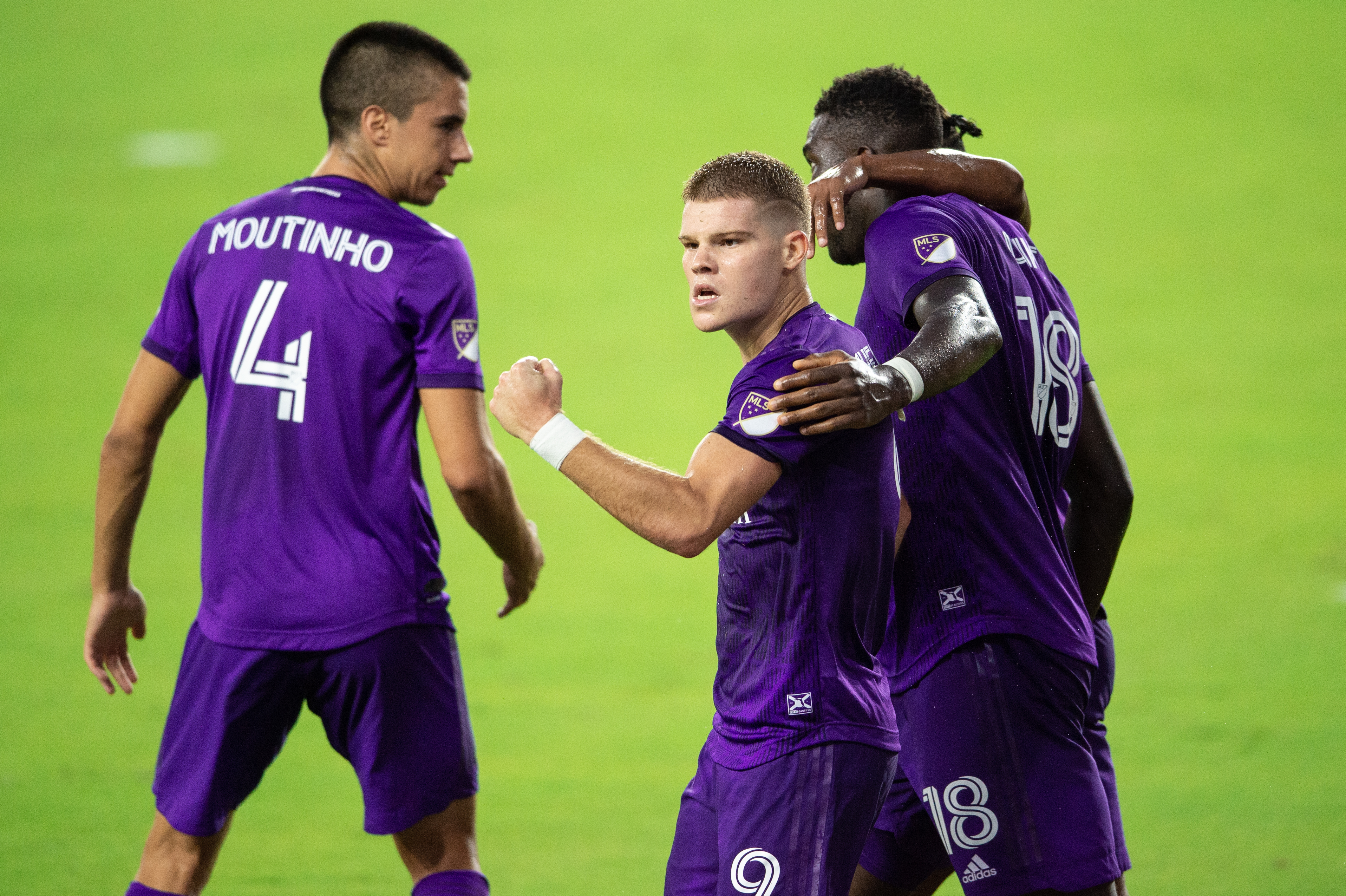 Orlando City earned its first home win of the season at Exploria Stadium on Wednesday night against Nashville SC.

Rookie forward Daryl Dike made it three goals in two games after recording a double for the Lions while defensive issues continued to haunt Orlando early on.

The win and performance, however, was overshadowed by the league-wide postponement of five of six matches scheduled on Wednesday night in protest of racism and police brutality.

His brace marked his third goal in his last two games — this time being the protagonist in Orlando’s third win of the 2020 regular season.

Head coach Oscar Pareja had nothing but praise for the 20-year-old rookie out of Virginia.

“He’s had patience, sometimes with young players we have the responsibility to wait and put them in at the right time,” said Pareja in Spanish. “I don’t believe in just playing the kids just to play them and to impress. There has to be a certain quality situation for them.”

For the third consecutive match, Orlando City found itself conceding the first goal.

It’s been an issue that’s seen the Lions eventually respond with an equalizer, but it has also resulted in them dropping points in the regular season and results, if you include the MLS is Back final.

“It’s something we have to correct,” Pareja said in Spanish. “We as coaches take the responsibility because the players are working well. We shouldn’t have to chase the game, but it’s a difficult situation, but the character the players have shown — that they can take the direction of the game but without a doubt, it’s a lot comfortable when you start leading and winning first, so we hope to correct that.”

Five of six games scheduled for Wednesday night were postponed after players from several MLS clubs opted to protest widespread racism and police brutality following the most recent events in Kenosha, Wisconsin.

Orlando City and Nashville, which was the first game scheduled that evening, went on to play the full match.

Despite criticism on social media on having that game played, Pareja said information about what was happening across the league in regards to boycotting games arrived rather late to reach a consensus.

“I want to be clear on this. We came out here to play a game, and I have to say that we heard things before the game,” said Pareja. “When we went to the field to warm up, both teams were there. We came back (to the locker rooms) and with all these protocols, we had just the players in there. We went out and played the half and after that, it’s on. It’s difficult to hear things, difficult to understand what’s going on. We were in the middle of the game, and I hope that things can be resolved, but it was a tough day for everybody.”

Nani, who was the only Orlando player who took a knee with the Nashville players and referees during the national anthem, said whatever decision is taken, it needs to be a collective effort.

“This is a decision that we have to take as a group and as a club because that’s how we make every decision, as a league and with all of the players,” said Nani on Wednesday night. “What we decide that is better for everyone, that’s what we will decide because we want to always stand for the right things, we want to better the world, the country, and if we have to do something that will make things better for everyone else, we will do it. ”