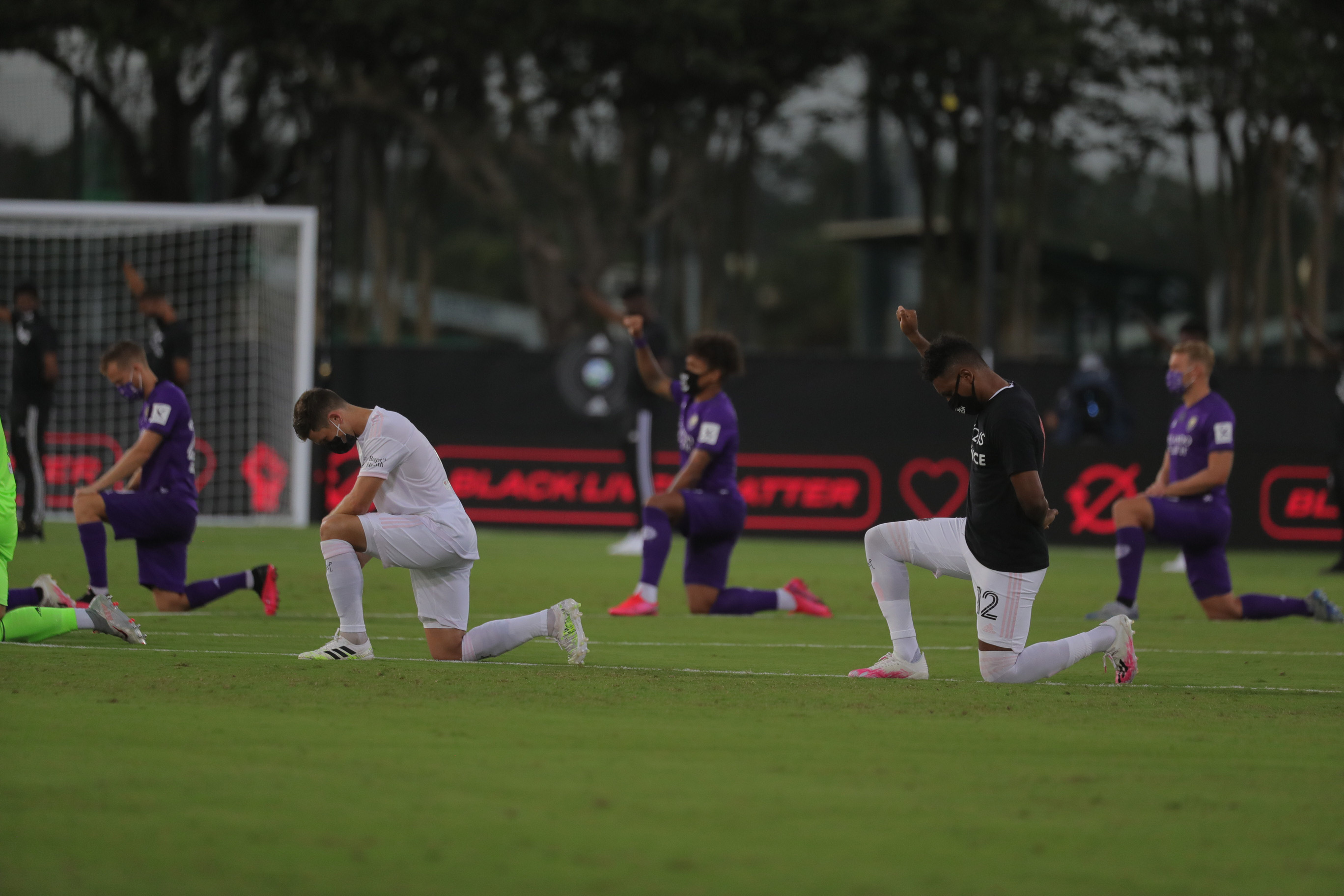 Wednesday night was tough, to say the least. As the sports world paused to watch a players strike unexpectedly play out in the NBA, eyes began to turn to everyone else. The WNBA was next to cease play. Several MLB teams decided not to play. And then in Major League Soccer, a collective decision was forming throughout the league to stay off the field for the night.

That decision, unfortunately, wasn’t made in Central Florida, where Orlando City and Nashville SC suited up and played a full 90 minutes, even as their counterparts around the league did not. Whatever happened in those two locker rooms is neither here nor there at this point. It’s done, the night is over. It’s time to move on.

This week’s Beyond the Scoreline isn’t looking at the match, because the final score means nothing in the grand scheme of things. Orlando City won. Great. But it’s not what I’m thinking about today. Some things are bigger than soccer, and those things are capturing my mind right now.

I tried watching last night even though it felt dirty. I couldn’t keep my mind focused on the match, and as halftime approached with the rest of the league’s plan to strike forming into full view, it made the most sense to me to shut off the tv and turn my attention away from soccer for the rest of the night. I decided to stand in solidarity with the players around the league that opted to do the same.

Our country is struggling right now, but the sad truth is that it’s always been struggling. The reality has become too real, and for players like those in the NBA, specifically in the Milwaukee Bucks, which started this whole thing with their decision to skip out on Wednesday’s Game 5 against the Orlando Magic, it’s all too real to them too.

As a white male, I know it’s hard for me to fully understand and imagine the struggles that black Americans find themselves facing all too often, but from where I sit, it’s becoming far too hard to watch and do nothing about it. I’ve worked retail for seven years and throughout this pandemic, so I know what it’s like to be dehumanized at times, but I won’t sit here and pretend like it’s the same struggle because at the end of the day I can clock out, take my uniform off, and slip back into being an average white guy roaming about Jacksonville. Black Americans can’t do that. They can’t clock out from being black, they have to deal with the struggles all the time, everywhere they go. I’ve been pulled over by police a couple of times for small reasons, never once fearing for my safety. That experience is not the same for black Americans.

Our country needs major reform; in how we police, in how we legislate, and in how we ultimately treat black Americans and other people of color.

I woke up today with a growing fire to make a difference in any way that I can. The problem is I haven’t quite figured out how to do it yet. I’m trying to learn and understand. I’ve begun reading books on racism, learning about the black struggle, and trying to best educate myself to hopefully one day raise a family that can follow the best values and also help lead this country forward.

Where we go from here is the next big step. Sports will resume, the athletes will continue to play, but what happened on Wednesday is hopefully just the beginning of something bigger brewing in the sports word. Sports are political and there’s no separating the two — no matter how hard you try. Athletes are people first and foremost. They deserve to have their voices heard, just as we need to be listening intently and with empathy to black voices, which are crying, begging, pleading to be heard. They’re not asking for the world. They just want to be treated equally.

Maybe I’ll be interested in watching soccer again when Orlando City travels to Atlanta on Saturday — if that game goes on as scheduled. But until then, my mind is focusing on more pressing issues in the world.