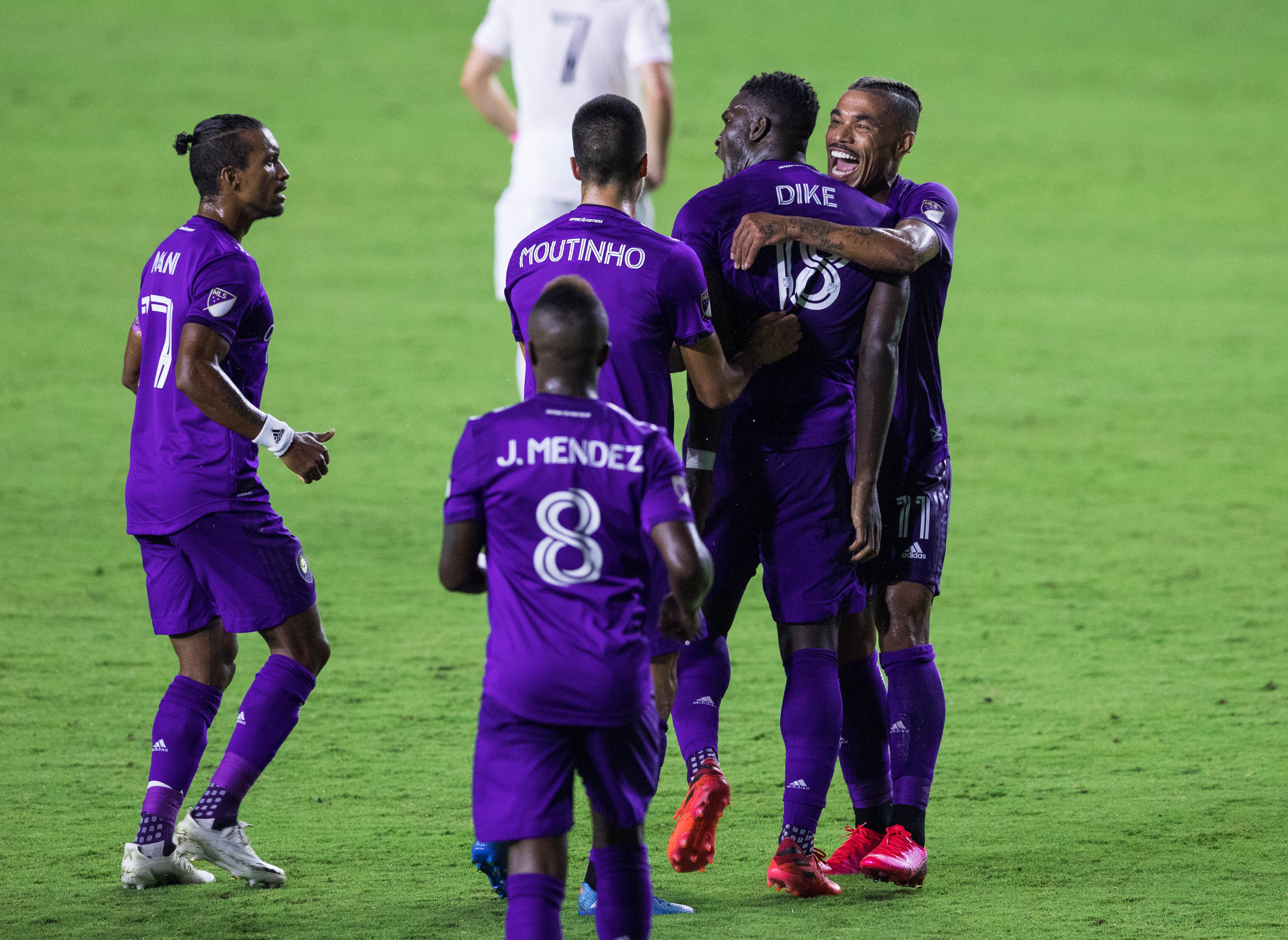 Dike after scoring his first professional goal for Orlando City.

Dike, who was also starting his first pro game for the Lions, scored in the 18th minute of the match, showing off his power, speed, strength and persistence, the multitude of skillsets the young striker brings to the table.

For the rookie, the start comes after three appearances for the Lions in the MLS is Back tournament, though Saturday night’s marked his first official MLS game appearance where he also played the full 90 minutes.

Though Orlando struggled to break down Inter Miami’s defense, a moment of brilliance found Dike scoring with his teams first true attack of the match.

“I have to say that it’s great news for the club, it’s great news for Daryl,” head coach Oscar Pareja said of Dike. “He’s come in the game, he looked sharp, he scored a goal and then he looked dominant in that position. Obviously he’s a young player, he needs minutes in games, but this is what it takes. Some games that he can accumulate minutes and start just getting the feeling that he’s capable to do it as he is. I think his performance was very good, I am very proud of him.”

The pride and trust that Pareja has shown in his young striker has given Dike confidence of his own to go out and perform. Though, it’s not just Pareja. A team effort with the entire staff as well as Dike’s teammates has helped him adjust as quickly as he has to the professional game and feel prepared and comfortable on the pitch.

“The coaches, all the players kept motivating me the whole time,” Dike said. “Telling me to relax, giving me tips, giving me pointers, things that might be going through my head because they’ve all been there. They all knew exactly what was going on inside my head, so they all definitely kind of helped guide me and tried to help push me and motivate me to have the best first start I could have.”

And a memorable first start it was for the rookie striker. Despite the loss, Dike played a hand in both goals scored by Orlando on the night. He finished the opening goal for the Lions and had a secondary assist on the second one, eventually scored by Nani.

“I kind of wish I could have been a part of more goals or the team scored more goals so we could get a win, but for the two goals it felt phenomenal for me to be a part of,” Dike said. “The guys around me are obviously always helping. Luis [Nani], great header, Chris [Mueller] great ball, the first one from Ruan, good ball. Ultimately it’s a collective. I’m up top, so maybe it’s more likely that I’m part of the goals, but it’s collective and I think Oscar and the entire coaching staff and all the players have done a very good job of integrating me into the team and letting me know my role for each game. Hopefully I continue to make an impact on the field and help all the guys.”

Dike will have a chance to make another impact performance in just four days time, when the Lions take the field back at Exploria Stadium against Nashville SC. Kickoff for the match is set for 7:30 p.m.