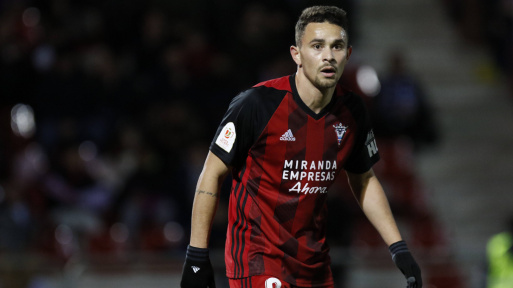 Orlando City addressed a much-needed position on Friday, announcing the signing of Brazilian forward Matheus Aiás on a two and-a-half year contract with an option for an additional year.

Aiás will join Orlando once he obtains his International Transfer Certificate and P-1 visa, but will have to complete 10 days of quarantine before joining the team for training, according to the Orlando Sentinel.

According to a team official, Aiás will also have to receive two negative COVID-19 tests before joining the team in person.

“We are very excited to add Matheus to our roster. He is an exciting young player that we have been looking at for some time that we think will make an immediate impact amongst our group,” Orlando City EVP of soccer ops Luiz Muzzi said in a statement. “As a club we continue to work to add difference makers to our team and we think Matheus will fit that mold in the near future and beyond.”

According to the announcement, the Lions paid English Championship side Watford FC an undisclosed transfer fee.

Aiás, 23, spent the last two years on loan at Mirandés — a second division club in Spain. The 5’9 forward scored 11 goals in 41 appearances in 2018 with Mirandés, and the following year he continued his scoring form by netting 12 goals in 39 games — six of which came in cup play.