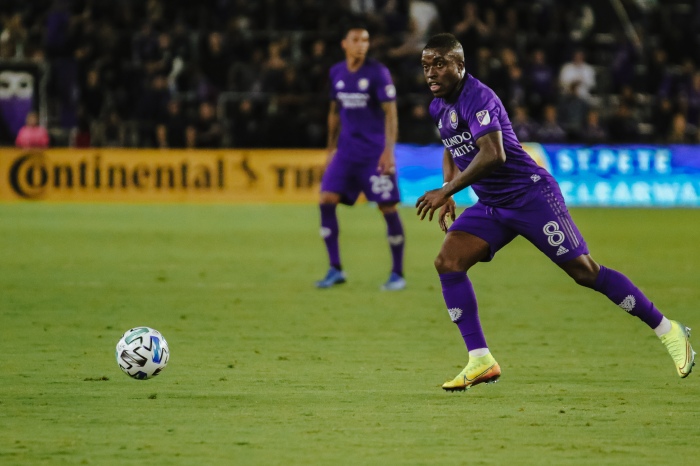 “We are living with a sensation of ‘it could have been much more’ and give [the fans] the three points because our fans deserved it tonight.”

Six years, four head coaches, one line that has been repeated year-after-year in postgame press conferences, this latest one from Oscar Pareja after Orlando City‘s scoreless draw with Real Salt Lake to open the 2020 season.

With the Lions heading on the road to face the Colorado Rapids and Los Angeles Galaxy — two teams that both picked up road results on opening day — for their next two road games, Saturday’s match might have been the club’s best chance to pick up three points in March to start the campaign and start off Pareja’s tenure in Orlando on the right foot.

Orlando City was better in every offensive statistic on Saturday — shots, possession, passing accuracy, corners, etc. — but still couldn’t find a goal as they settled for a point.

Let’s go Beyond the Scoreline

Picking up where he left off

Sebastian Mendez was a bright spot for Orlando City in 2019 and brought that same high-level play with him into 2020.

He was more involved, as usual, than anybody else, and made an impact in the midfield throughout the entirety of the match.

Mendez’s range as a box-to-box midfielder than can not only cover a ton of ground but do so efficiently is what makes him one of the most underrated defensive midfielders in Major League Soccer. His positioning and awareness around the box also allow him to sneak his way into the attack unmarked, just like this moment in the 19th minute when the Ecuadorian starts this sequence off a throw-in and fires a shot over the bar.

After laying the ball off to Junior Urso, Mendez keeps his run going straight into open waters to call for the ball and nearly put Orlando on the board. The defensive midfielder make that run!

In the much-anticipated first official game under Pareja, the Lions came out in a 4-3-3/4-2-1-3 — whatever you prefer to call it. Ruan made it look like a 3-4-3 a lot when he pushed up the field, carrying over many of the same trends that we saw last season under James O’Connor.

As you can probably tell, there’s a lot more red than green in the final third on that passing chart, which was indicative of the Lions’ chance-creation on the night. The ideas were there, and the team wasn’t afraid to take chances, but finding the final project was the ultimate issue — which for an MLS team in the first weeks of the season is nothing new, let alone a team missing its two most important attacking pieces like Dom Dwyer and Nani.

It’s impossible to say whether having Nani or Dwyer would have made the key difference, but at the same time, it’s tough to think the score wouldn’t have been different if one, or both, of them, were on the field in some capacity.

Pareja clearly has his work cut out for him moving forward as he tries to figure out Orlando City’s attack. Getting into the final third wasn’t the problem, as the Lions spent a lot of time in RSL’s half of the field, but breaking down opposing defenses has the be the main point of emphasis at training this week.

Elsewhere, there wasn’t a ton of noticeable difference between how the Lions played in Game 1 under Pareja than they played last season under O’Connor. While both fullbacks usually pushed forward at the same time last season, it was more control this time around with Ruan and Joao Moutinho taking turns pushing forward, not often both at the same time, helping the Lions stay a bit more balanced in the back.

While Orlando and RSL practically split possession down the middle, most of RSL’s time on the ball came in their own half of the field, largely because of the Lions pressing and making it tough for RSL to move the ball through the middle of the park. The front three also get a lot of credit for how they applied pressure and forced several turnovers in RSL’s backfield.

The Lions likely need more depth to pull this off throughout the season, even after Nani and Dwyer return, but as of right now they have the players to make it difficult for opponents to play out of the back against them.

Some other things of note…

The lone surprise in the starting lineup was Joao Moutinho starting over Kamal Miller, who I thought would start after seeing most of the first-team minutes during the preseason. Moutinho took full advantage of the start, putting in a solid 90 minutes of work.

You can try to take the ball away from Mauricio Pereyra, but he’s not going to give it up that easily…

Speaking of Pereyra, he played the game he’s best at playing — go directly over the top in trying to create chances.

Pereyra was 3-for-6 on long-balls and 1-for-3 on through-balls. Like I said above, sharpness is at a premium this early into the season, so it’s okay to say Pereyra wasn’t at his sharpest, but he still did a respectable job running the offense throughout the evening.