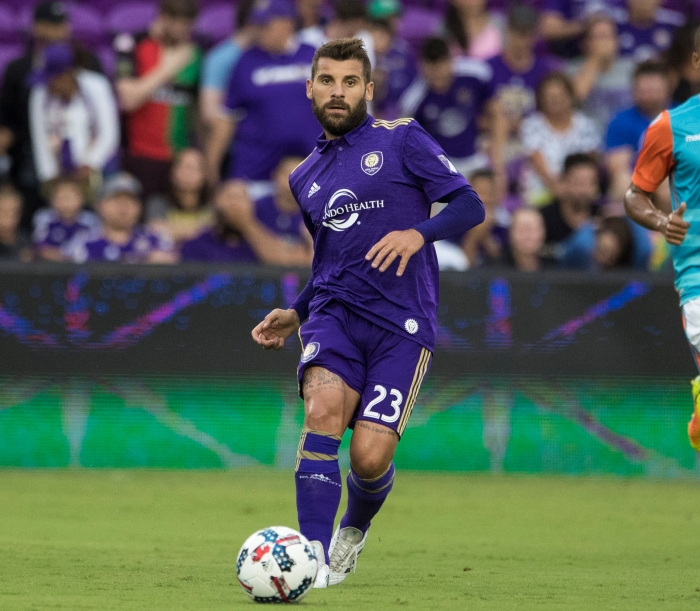 After announcing his retirement from prom playing on Thursday, former Orlando City midfielder Antonio Nocerino is returning to the organization but in a different role.

On Friday, the Lions announced Nocerino will be joining the Development Academy as the U-15 head coach and U-17 assistant.

“We are very happy and proud that Antonio has chosen Orlando City to start his coaching career,” Orlando City Development Academy director Marcelo Neveleff said. “Hopefully, we can help him to grow in the profession but, also, he will be great for our players because he will be able to transmit all of his knowledge as a player to help them develop.”

“Even though Antonio had a decorated playing career, we are also looking forward to helping him grow and learn as a coach so he can best help shape the next generation of players,” added Neveleff.

Nocerino, 34, has not played since going back to Italy with Benevento in 2018, but already has his UEFA B coaching license and is currently working on his UEFA A license.

“I am a proud Italian but Orlando is my home. I am thankful for the opportunities Orlando City has given me, both as a player and now as a coach,” Nocerino said. “My idea is to grow step-by-step. I want to work with the Orlando City Academy, get as much experience as I can with the objective in mind to grow, get more coaching licenses and one day be ready for the challenge of being a professional head coach. I am very excited for this new opportunity.”

Orlando City’s U-15 DA squad will play its next game on Feb. 1 at the Orlando City Training Complex against the Chargers Soccer Club.