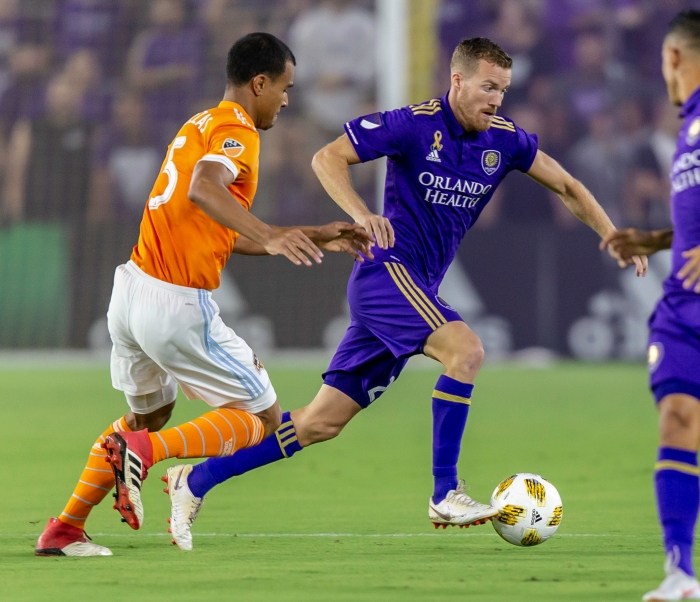 Just a few days after officially declining his contract option for 2020, Orlando City announced Monday that it would be bringing back midfielder Uri Rosell on a two-year contract.

“We are thrilled to have agreed to a new deal with Uri to bring him back to the Club for the coming seasons,” said Orlando City EVP of Soccer Operations Luiz Muzzi said in a club release. “Uri possesses great vision and his passing abilities add a great amount of control to our midfield. He’s a leader with the ‘locker room qualities’ we want for our Club, so we look forward to having his veteran presence back within our squad in 2020.”

Rosell, who signed with Orlando City in early 2018, appeared in 20 games (16 starts) for the Lions in 2019, popping in and out of the starting lineup throughout the season as James O’Connor constantly trying to figure out what midfield worked best.

The Lions now have 17 players under contract for 2020 as they head into the offseason looking to rebuild most of the squad. On Saturday, a day after announcing end-of-season roster moves, the club announced they had come to terms on a permanent transfer for Ruan on a two-year deal as well.

Goalkeeper Greg Ranjitsingh and defender Danilo Acosta, both who had their 2020 options declined last week, are heading to play elsewhere in MLS.

Minnesota United selected Ranjitsingh as the 16th pick of Monday’s End-of-the-Year Waiver Draft. Acosta was selected by the L.A. Galaxy.

Up next, the first stage of the Re-entry Draft takes place on Tuesday at 3 p.m.