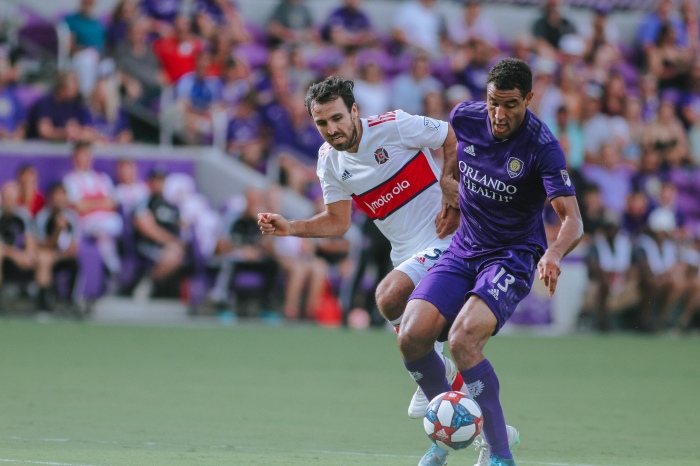 For Orlando City, ideally, there wasn’t much to play for heading into Sunday’s season finale against the Chicago Fire.

For a fifth consecutive year, Orlando will miss out on the MLS Cup playoffs and as the 2019 regular season came to an official close on Sunday, the Lions suffered their worst home loss of the season to cap another disappointing campaign.

“When you look at the start of the year, I think the positive that we had. I think the middle of the year, I thought we handled the summer months really well,” said Orlando coach James O’Connor. “I think we put ourselves in a great position… we felt this year was our chance and this year we felt we had a genuine effort to try and get into the playoffs. I think the finishes probably disappointed all of us. When you look at it, we’ve set defense records this year which when we first came here that was the glaring thing for us, we looked at the way we were defending as a team. That was the biggest thing that we needed to try to change this year.”

O’Connor shared some insight on the 2019 season and offseason: “I think we probably set a record for goals against in the league despite conceding so many goals today. We can point to the defensive aspect and say we made some real improvements. [We] put ourselves in a position now to be able to go and strike forward next year. You look at the availability of some funds that become available now, I think we’ve given ourself a strong foundation to go forward.”

Tesho Akindele opened the scoring in the fifth minute after striking from close range off a ball from Benji Michel, but Chicago equalized in the 17th minute when Kyle Smith scored an own-goal.

But things went downhill in a matter of seven minutes when C.J. Sapong was on the receiving end off a ball from Fabian Herbers to give the Fire the 2-1 lead in the 61st minute.

Aleksandar Katai made it 3-1 in the 63rd minute and Przemyslaw Frankowski made it 4-1 in the 67th minute.

Michel pulled one back for Orlando in the 74th minute, but Frankowski secured his brace in the 87th minute to seal the 5-2 scoreline in favor of Chicago.

The loss ensured Orlando City finished the season on an eight-game winless streak while finishing second-to-last in the Eastern Conference table with 37 points and a 9-15-10 record.