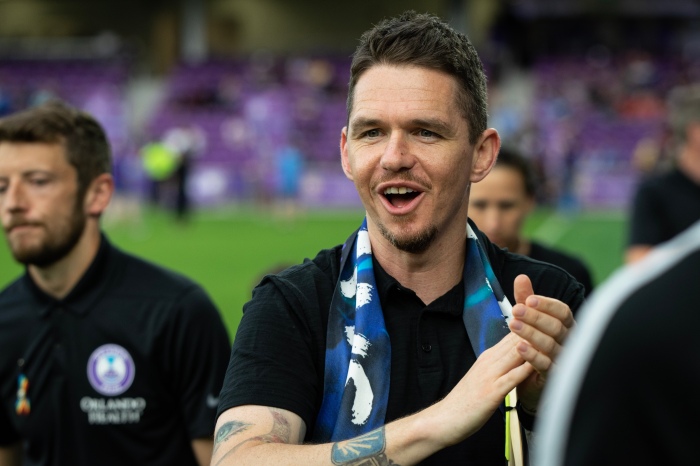 Orlando Pride coach Marc Skinner clarified to reporters statements he made on a recent article published earlier this week.

The article, posted on the BBC’s website, was a profile on Skinner’s coaching career, but his comments on the subject of equal pay received plenty of unexpected backlash on social media.

Following Thursday’s training session, Skinner made clear his remarks on the topic of equal pay for female athletes.

“I just would like to clarify: I’m 100 percent with everything that I have, with a partner at home who’s played football and was paying up until the age of 26 to play. I have a daughter at home I would love to have the equal opportunities to be paid exactly what they should be, equal pay. I’m 100 percent behind that.”

Skinner continued: “That statement, if you read the whole article, was to suggest that it was not about that, first and foremost, it was about my coaching career. And then when that question was asked, I want to clarify what I meant by purity, and this isn’t backtracking, this is exactly what I tried to explain in the article. That I think the women’s game has a wonderful way of connecting to its fans.

It’s wonderful where players want to turn up because they love the sport. They love playing and they should be paid equally to do that because they work as hard if not harder than the male counterparts I’ve seen and experienced.”

He added: “So it’s not a question of that. 100 percent, I support that. What I love to see when that pay reward happens, that these players keep the love that they have that is so unique. Fans love the women’s game because you can connect to the people.”

Skinner said he clarified to his players his remarks, including reaching out his international players who are away with their respective national teams.