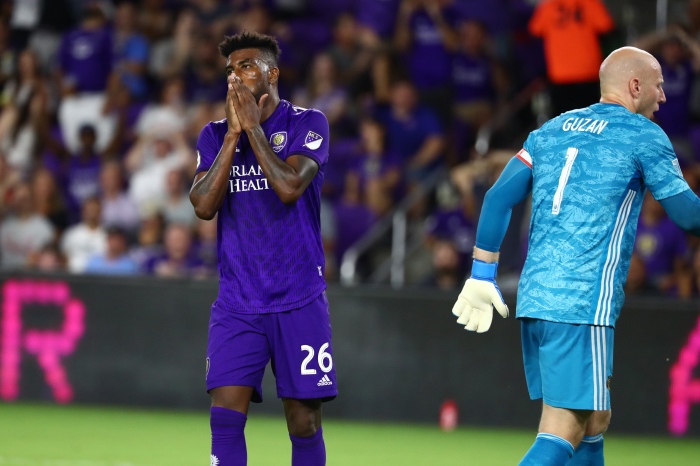 With hopes of ending a long-suffering winless streak against their rivals, Orlando City joined the list of teams that couldn’t stop Josef Martinez from scoring as Atlanta United, for the second time in August, left Exploria Stadium victorious with a 1-0 win on Friday night.

Martinez, who always finds a way to score against Orlando, netted the only goal of the night in the 60th minute off a counter-attack, sniping the top right corner of the goal from the edge of the penalty area to extend his goal-scoring streak to 12 games, continuing to smash the MLS record for such a feat.

The Lions came into the match unbeaten in their last four contests, which included a pair of home victories, and made their intentions known to Atlanta from the very start.

They pressed Atlanta’s backline deep into their own half, saw a handful of good opportunities in the final third and put three shots on target inside the first 10 minutes of the half. But those squandered opportunities continued to pile up, and it became evident that the longer Orlando went without scoring, the more likely it was that Atlanta would find a way to do so themselves.

Benji Michel, who got the nod to start over Dom Dwyer and Chris Mueller, caused problems for Atlanta’s backline throughout the night, especially early in the match when.

Carlos Ascues put up four of Orlando’s 22 shots on the night, including one massive chance from close range in the 65th minute that would have tied that game if only it was put on target.

One of Orlando’s biggest tasks, to keep Martinez in check, was going as well as it could have been through nearly the first hour of the match, but as everybody who observes MLS knows well it only takes one moment for the reigning MLS MVP to flash his intimidating dominance, and it happened in the 60th minute when he beat Brian Rowe to make it a 1-0 game.

Despite racking up chance after chance in the final 20 minutes of the match, the Lions, which only put two shots on target after the opening 10 minutes, including just one in the second half, weren’t able to mount a comeback and ultimately dropped all three points at home for the 7th time this season.

The Lions are on the road next week, taking on the San Jose Earthquakes at Avaya Stadium at 10:30 p.m. ET.