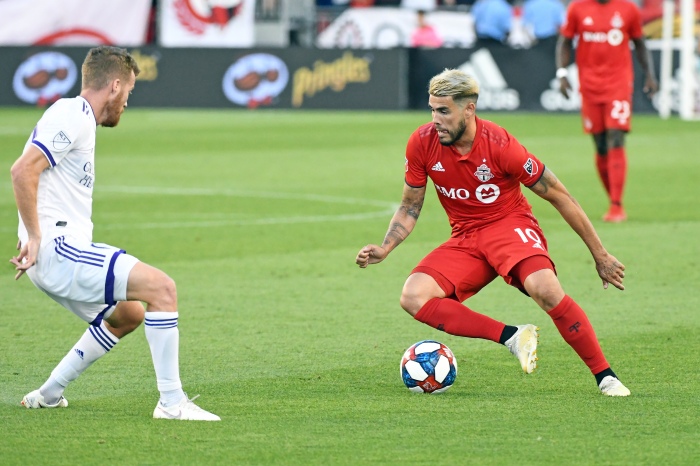 Heading into the weekend match at BMO Field, James O’Connor said his side needed to move past a bitter mid-week U.S. Open Cup loss to Atlanta United.

Benji Michel‘s second career MLS goal put the Lions ahead in the 69th minute after entering the game just 64 seconds earlier, but Orlando’s lead was shortlived when Patrick Mullins’ goal in the 77th minute equalized the game for the eventual draw.

While the Lions will surely wish they had held on to all three points, escaping with a draw is more than a fair result after the Lions were out-shot 14-5 and lost the possession battle 63 to 37 percent in the first half after edging out Toronto in possession through the first 45 minutes.

Orlando defended well throughout the night, especially in the first half as they help Toronto’s top two attacking players — Jozy Altidore and Alejandro Pozuelo — to just three touches in the penalty area, but struggled to come up with clear-cut goal scoring opportunities on the attacking front, looking flat on the counter-attack and coming up short on creativity in the final third.

Michel was Orlando’s first substitution in the 68th minute and scored hardly a minute later when Chris Mueller hit him across the field on a counter-attack, setting himself up with a good touch and control in the box to fire a shot on goal to make it a 1-0 game.

Less than 10 minutes later, however, Michel was at the center of Toronto’s game-tying goal, fouling Richie Laryea right at the edge of the penalty area. Michel’s foul was originally called as a penalty kick for Toronto, by VAR overturned the call on account of the foul happened outside of the penalty area.

On the ensuing free-kick, a shot from outside of the penalty area bounced around between a few players before Toronto’s Patrick Mullins pounced on the loose ball and beat Brian Rowe with a shot from close-range, leveling the scoreline.

Toronto continued to pressure and threaten for a go-ahead goal, but couldn’t find it as the Lions were able to see through the result on the road.

The Lions will fly back home to Orlando and prepare for another quick turnaround as they host Sporting Kansas City at Exploria Stadium on Wednesday night (7:30 p.m. ET).

How Orlando lined up