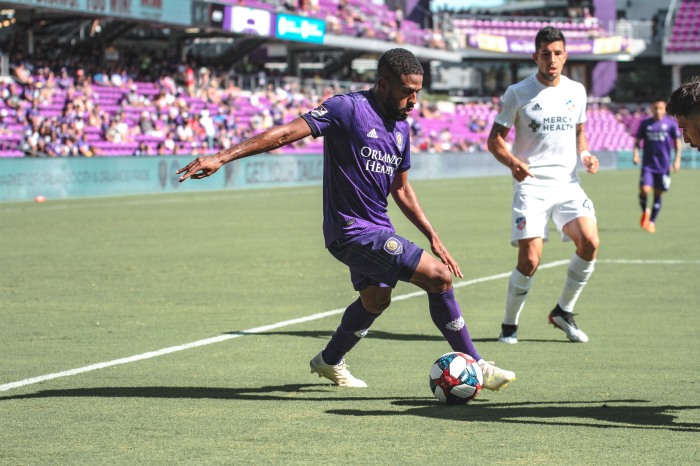 It’s starting to look more and more like the biggest reason Orlando City could finish below the playoff line yet again this season is their results at home.

Two years ago when the Lions opened up their downtown soccer-specific stadium, there wasn’t a person who believed the team hadn’t built a stadium — with the fan base to pair — that could be a fortress. That has yet to be the case, however.

The Lions dropped five home games during their first season in the new stadium in 2017, and seven (a high for them in the MLS era) last season. Sunday night’s 1-0 loss to the New York Red Bulls was their league-tying sixth loss at home this season. Orlando has now dropped 20 points at home this season, making their climb up the Eastern Conference standings a little bit harder each week.

Somehow, they’ve managed to capture more results on the road this season (3-4-4).

If the Lions are serious about being a playoff contender this season, they need to start finding more results at home.

Now, on to the game most fresh in our memory.

Through 22 games, Orlando City is on pace to allow 45 goals this season. That’s 29 less than the team conceded in 2018, and if that pace holds — or even finishes close — it would be the lowest total number of goals the Lions have conceded in five seasons in Major League Soccer, and by a pretty comfy margin (the Lions let in 56 goals in 2015, their lowest total to date).

They have the fourth-best defense in the Eastern Conference (9th overall in MLS) with just 29 goals against this season. If you use expected goals against as a reputable model, the Lions’ 25.6 xGA is 2nd best in the East (4th overall).

Simply put: the turnaround from 2018 to today is remarkable, if not an amazing achievement by James O’Connor and his coaching staff.

What has made the Lions so strong defensively? Well, the players are a bit better, of course, but the Lions have a shape and they’re very good at sticking to it and playing more organized than we’ve seen at any point over the last 18 months.

The Lions play primarily in a 4-3-3 with three defensive midfielders that play almost in unison not just with each other but with the backline as well. When the full-backs push forward, as they often do, one drops back into the backline to prevent the centerbacks from being exposed and keeping the shape of the backline intact. In the picture above, Ruan is trying to run back into his position as the Red Bulls push forward on a counter-attack. Lamine Sané is forced to drift out towards the left side to close down space, so Sebastián Méndez drops into the close gap between Sane and Robin Jansson, effectively keeping the Red Bulls’ two attacking runners at bay.

These moments of covering weren’t so much of a given early in the season, but as the Lions gain confidence and familiarity with this system, it’s made them a much better team because each player knows where they need to be when a position is vacated.

This is just one of several reasons why Orlando has finally found the right defensive formula this season, but it’s a main point of implementation.

On the other hand

Because this is Orlando City we’re talking about and they can’t be good at two things at the same time, the Lions are really struggling to put the ball in the back of the net.

And the lack of goals at home – just 7 apart from the games against Colorado & Cincinnati – is the real killer. That's 9 goals against the doormats but only 7 in the other NINE games. A striker remains the team's big need (but that's not news to JOC). #ORLvRBNY

Orlando City hit the post three times against Red Bulls across their 18 shots. New York’s backline was strong and their press was good, forcing Orlando to take a lot of shots wherever they could find them, most outside of the 18. 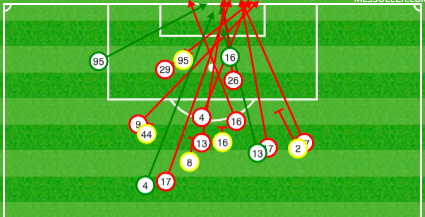 While the bulk of their chances came in the second half when New York was already playing with the lead and more content on conceding possession, Orlando touched the ball inside the penalty area just three times in the first half.

The Lions have scored just three times now over their last four games (including U.S. Open Cup), and Sunday’s game was another stark reminder of how thin the club is on goal-scoring and creative attacking talent.

Dom Dwyer‘s grand return to Orlando in 2017 has been anything but grand. Both club and player need to figure out over the next few months if this is going to be something that can finally work or if the Lions need to cut their losses and move on from their once-great icon. If Dwyer can find his old form, it might just be enough to push Orlando over the playoff line.

Otherwise, they need someone to be that guy.