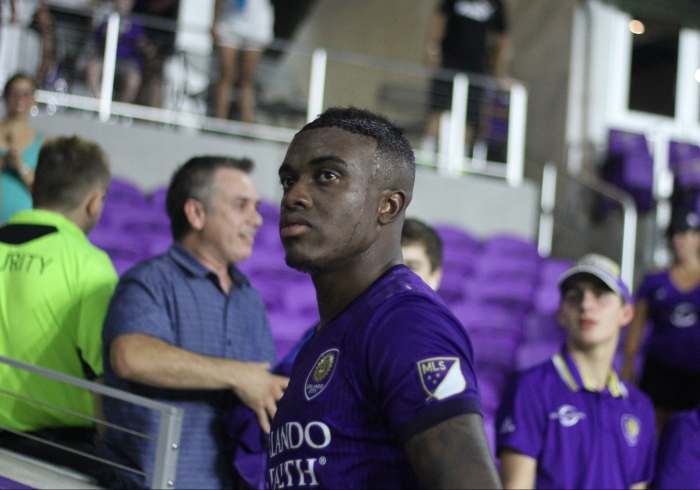 The 22-year-old midfielder is playing his first season in Major League Soccer and recently returned from playing in his first Copa America tournament with the Ecuadorian national team in June.

“Anytime you return from national team duty, you always feel a sense of extra motivation,” Méndez told the OSJ. “The results with the national team didn’t come our way, but as players, we need to keep working for what’s to come and that’s what usually pushes us to new heights.”

Méndez was gone for national team duty with Ecuador during Orlando’s games at D.C. United on June 26, which was a 1-0 loss and missed the following game on June 29 during the Lions’ 2-0 win over the Columbus Crew at MAPFRE Stadium.

While in Copa America duty with Ecuador, Méndez started in the Tricolor’s final two group stage matches and did not log in a complete 90-minute game as Ecuador finished last in Group C with only a point.

But upon returning to club play with Orlando, the midfielder was inserted instantly in James O’Connor’s starting lineup in a 3-1 loss to the Philadelphia Union on July 3 — a game where he played a complete game.

Méndez did not play the next game on July 7 due to rest and rotation, but started and played 106 minutes during Orlando’s penalty shootout win over New York City FC in the quarterfinal of the U.S. Open Cup on July 10.

On Saturday against the Crew, he started and played another complete game.

For Méndez, he doesn’t mind playing those long stretches of games he endured with the national team or his club. For him, it’s a reflection of the confidence they have on him on the field.

“I feel good,” he said candidly. “Obviously returning from one competition to another, the body needs to rest, but I’m more than willing to keep on playing.”

“I like knowing that the moment I returned from the national team, they put me to play right away and that just shows how much confidence they have in me,” he added.

Even before Méndez left for the Copa America, he started in 12 of Orlando’s first 15 games of the season.

For O’Connor, though, he believes Méndez displays the potential to go on to be a top-class player.

“I think when we look at [his] quality, Seba’s got to go on and be a top player,” O’Connor said following Saturday’s game. “That boy has got some serious ability, so I think for us, we’re very intentional about trying to manage him, trying to teach him.”

“He’s got capacity and he showed it [Saturday],” he added. “You look at the way he’s covering ground, the interceptions he’s making, his defensive understanding of covering positions. For somebody so young, he’s excellent. He’s someone that’s going to go on and play at the highest level.”

Hearing O’Connor recognizes him for his work is flattering for Méndez.

“You feel honored to hear a coach speak highly of you because they tend to usually see things that a play wouldn’t normally see,” said Méndez. “To hear that it just gives me more of a purpose to continue working hard to reach our goals.