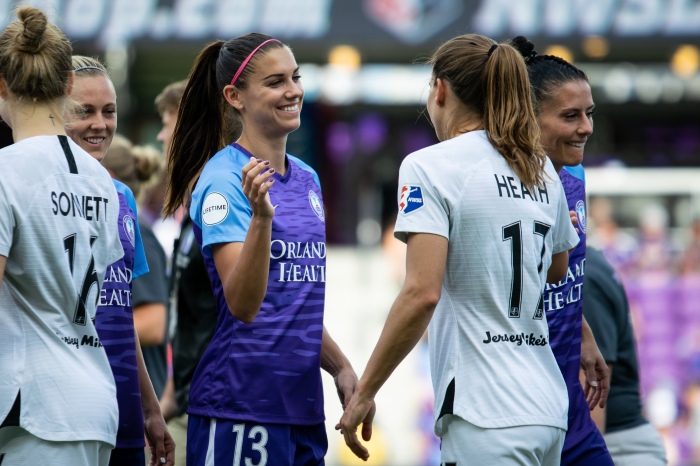 Golden Ball winner Megan Rapinoe scored the game-winning goal and Rose Lavelle, arguably the best U.S. player throughout the tournament, scored on an amazing run and finish to lock it down.

Like millions of other fans throughout the country, you watched along through all seven games (some more intense than others), the awesome moments, the celebrations (controversial and not), and the memorable goals.

But now the World Cup is over. I guess we’ll see you all again four years from now when the best teams in the world regroup again to face off in these next chosen host country.

But no so fast!

Women’s soccer does, in fact, exist outside of one month every four years, and each of the 23 women who just stomped their way by ousting host country France, as well as the third-best team in the world in England, and the reigning European champions in the Netherlands all ply their trade right here in the United States each and every week in the National Women’s Soccer League.

Three of those players — Alex Morgan, Ali Kreiger, and Ashlyn Harris — are all current members of the Orlando Pride. But I would think you already knew that.

If you enjoyed watching the Women’s World Cup — or at the very least, the United States’ games — as much as you say you do, consider giving more of your attention to the NWSL not just for the rest of the 2019 season but always.

Despite the various bumps in the road over the last few years — losing its TV deal with Lifetime this February, folding the Boston Breakers in 2018, relocating two teams since 2017, and some others — the league is still the longest-surviving women’s professional league ever in the United States and in a position to capitalize off the successes of this World Cup.

Last week, the league announced a 14-game TV deal with ESPN for the rest of the season in what the league hopes will turn into a long-term partnership.

You can still watch games this season for free over at Yahoo! Sports.

On Sunday, the league also announced a partnership with Budweiser as the official beer sponsor of the league.

Both of these announces are crucial to the success of the league moving forward, and a step in the right direction towards solidifying the NWSL as not just the top pro women’s soccer league in the U.S., but a destination league for players throughout the world.

Even more crucial to that desired success: you.

It takes you, the fans, to show your support, buy tickets, and watch the games on TV. Want to help the USWNT make a stronger case for better pay? Help make the NWSL, which is run by U.S. Soccer, a stronger league.

The Women’s World Cup is over, but these 23 women will be back on the field competing against each other in the NWSL — and some together on the Pride — every week until you see them again in the World Cup stage in 2023.