Orlando City just needed something to go their way for once after dropping three straight matches heading into the weekend against FC Cincinnati, and they finally found it with a 5-1 win over the expansion side on Sunday afternoon.

Nani and Tesho Akindele both added a brace and Dom Dwyer finally got the monkey off his back and scored for the first time since March 31, snapping a seven-game scoreless streak to guide the Lions to a much-needed three points.

One of the more noticeable things about Orlando City over the last couple of weeks, and it really started to show in the midweek loss at Seattle, has been that they’re becoming less reliant on playing primarily through the fullbacks, getting the ball out wide and hoping to connect on crosses in the box and are starting to show that they can move the ball through the midfielders and play in the middle of the park too.

And here, for comparison, is the heat map from the most recent victory against Vancouver on April 20: 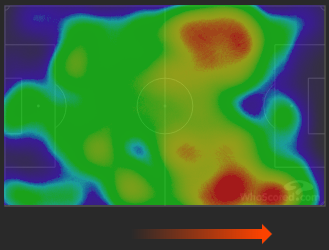 It should be noted that Orlando played a 3-5-2 against Vancouver and a 4-3-3 in those games against Cincy and Seattle, so a lot of it has to do with formation and where the players are, but until recently it didn’t matter so much and Orlando was still playing a lot of balls through Ruan and Joao Moutinho.

This game was more controlled by the midfielders, namely Sebastian Mendez, Cristian Higuita, and Will Johnson. Those guys are able to get a lot of touches, play short, quick passes and get the ball up to Nani and Akindele in space between defenders.

It helped create a build-up the likes of which we hardly see from Orlando:

Normally we’ll see that ball delivered into the box at first chance, but instead, the play builds inside and gets few different players involved to switch sides of the field before Ruan foils it in the end. A good opportunity altogether.

It shows the progress of the team under James O’Connor and him figuring out new ways for his squad to play.

Let’s give Sebastian Mendez his due credit

102 touches, 94.5 percent accuracy on 91 passes, 1 key pass, and four tackles. This kid has been dominant in the midfield for Orlando this season, and it feels like it goes unnoticed outside of Orlando.

He’s everywhere on the field and always seems to be on or around the ball. 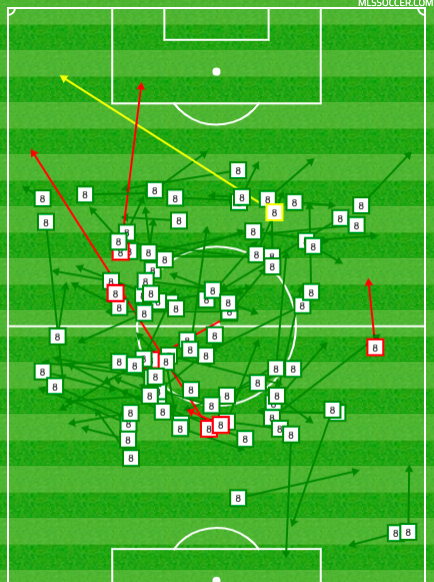 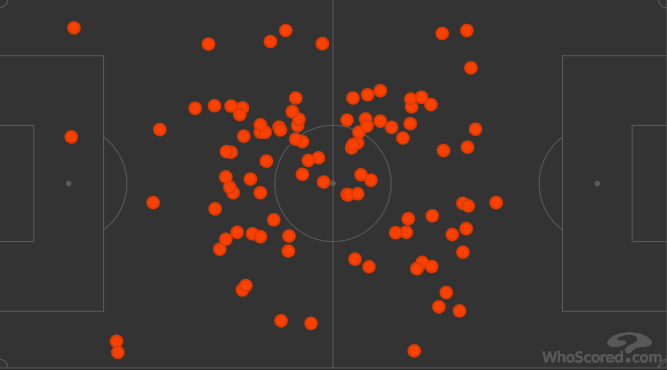 Mendez has been the second best addition of the year so far, behind only Nani.

Somebody has to step up

Orlando is a much better team defensively than they were last season, I promise. But what’s the say?… that you can take the team out of 2018, but you can’t take 2018 out of the team, or something like that?

Because on Cincinnati’s opening goal, 2018 Orlando City showed up.

Six defenders are in close proximity to the ball, but none of them step up or even think about challenging Darren Mattocks. I’m not quite sure what’s going on with those guys, but it’s not good.

Defending on the ball is not a strong suit for this backline quite yet.