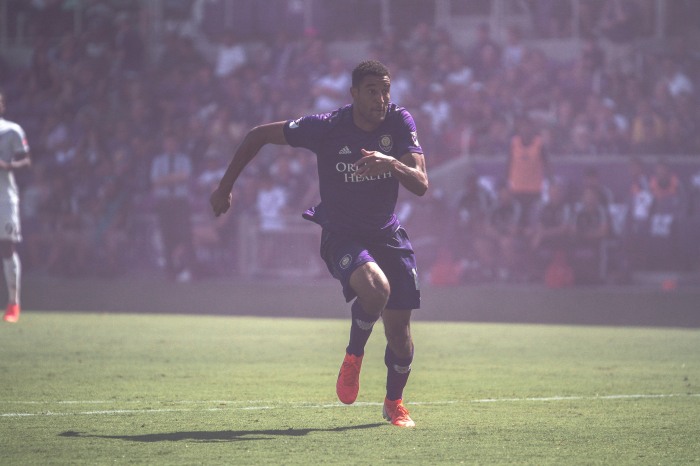 Orlando City forward Tesho Akindele during action on May 19 against FC Cincinnati (Photo by Terrance Coakley).

Orlando City forward Tesho Akindele, midfielder Will Johnson and defender Kamal Miller have been named to the Canadian men’s preliminary roster ahead of this summer’s Concacaf Gold Cup tournament.

Concacaf announced Monday the 40-player provisional squads of all the 16 contestants that will play in the tournament that will run from June 15 to July 7 across the United States, Costa Rica and Jamaica.

The final 23-man rosters of all teams will be announced the first week of June.

The Canadian men’s national team will compete in Group A and will kick off its Gold Cup run against Martinique on June 15 at the Rose Bowl in Pasadena, California.

Canada takes on Mexico on June 19 at Broncos Stadium in Denver before closing up group play against Cuba on June 23 at Bank of America Stadium in Charlotte, North Carolina.