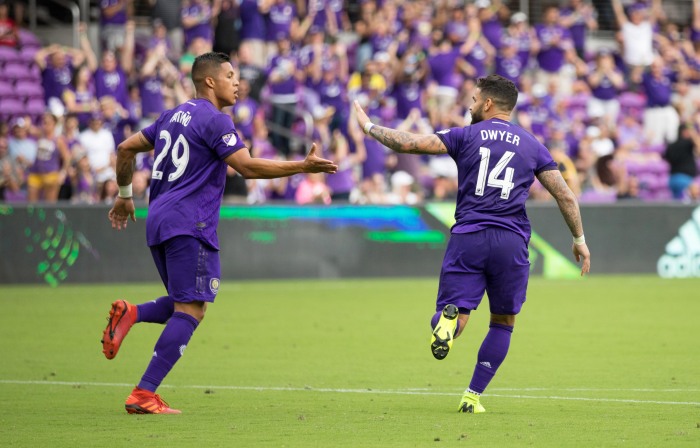 Orlando-native and MLS rookie Santiago Patiño made his official league debut for Orlando City and notched an assist on Saturday.

The Lions fell 3-1 to the Montreal Impact, but it was Patiño’s first and only chance that set up Dom Dwyer’s only goal for Orlando.

Patiño was born in Medellín, Colombia but moved to the United States when he was 12 years old. He attended Freedom High School in Orlando before playing collegiate soccer for the Florida International Panthers.

He was also a part of Orlando City’s Development Academy but was drafted by Orlando City as the third overall pick in the 2019 MLS SuperDraft after the league denied Orlando from signing him as a Homegrown player.

Patiño, 22, made his MLS debut, however, in the 74th minute of Saturday’s game, entering for Shane O’Neill.

When asked about getting selected to the gameday roster for next week’s road match against the New York Red Bulls, the forward sounded confident.

“I think when you do things well, it comes back to you,” he said. “We just have to focus on Red Bulls, have a good week in training and hopefully I’m in the 18 again.”

Here are the highlights from Saturday’s game against Montreal, including Patiño’s play that set up Dwyer’s goal.