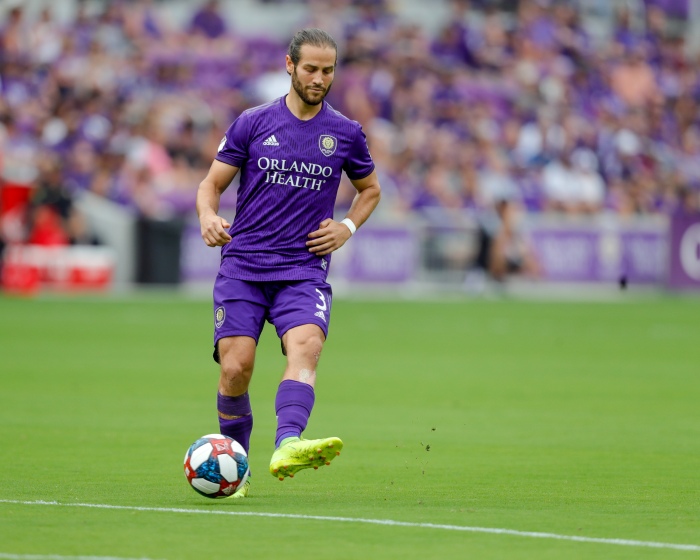 Coming off a disappointing road draw against the Chicago Fire last weekend, Orlando City returns home this week still looking for their first win of the season to host the Montreal Impact Saturday afternoon at Orlando City Stadium (4:00 p.m. ET, My65, YouTube TV).

The Lions took a 1-0 lead into the dying seconds of their Week 2 match-up at Chicago, only to see a C.J. Sapong header in the 95th minute go in to level the score and have two points fall out of their hands.

It’s still early in the new campaign, and who’s to say just yet that those two points will hurt Orlando down the road but in still searching for a victory the Lions will be fighting to walk away with all three points this weekend before two tough matches against the New York Red Bulls and D.C. United in the coming weeks.

Historically, Montreal is a team that Orlando has struggled to find success against. While the Lions were able to claim two wins in their first four games against the Impact in MLS, the Lions are winless in five straight games — including three straight losses and four out of five overall dating back to their last win in May of 2016.

Montreal was asked to complete a tough task to open the season, starting off with six consecutive games on the road (eight of nine away from home overall). After opening up with a 2-1 win at San Jose, the Impact traveled east to Houston, where they fell 2-1.

Now it’s on to Orlando, where despite having already logged a couple thousand miles they’ll be looking to take more points away.

The odds are in favor of Dom Dwyer and Nani starting together up top for the first time this season. Nani started against Chicago and played nearly the entire match, while Dwyer came on for an injured Tesho Akindele in the 21st minute and finished out the match, scoring Orlando’s only goal of the day as well.

Will Johnson (Canada) and Sebastian Mendez (Ecuador) were both called up to their respective national teams this week, but both will be available this weekend against Montreal.

Ruan returned to the field last weekend as a second-half substitute against Chicago and figures to start this weekend as James O’Connor’s first choice right back. Lamine Sane (calf) is still not ready to play. Akindele (hamstring) and newly acquired center back Robin Jansson are both out against Montreal.

Keys to the Game

1) Contain the attack: Montreal has a dangerous group of attacking players that can make it a long 90 minutes for Orlando’s back line and defensive midfielders. Ignacio Piatti is one of the most underrated players of all-time in MLS and can either pick out a precision pass and take it himself and zig-zag through the Lions’ defense to score a goal or get off a great chance. Saphir Taïder has two goals and an assist through the first two games and is similar in that he can move around defenders and create headaches when given enough space to work. Up top, they also have former FC Dallas front-man Maxi Urruti still looking for his first goal with his new team, so he’ll be on the prowl for a goal or two on Saturday.

2) Get ahead early: the best way for the Lions to make the most of their high press is to get ahead early and give themselves enough room to not have to chase the game late. The Lions dominated New York City in the season opener but after falling behind two goals in the first half they had to abandon their plan and chase goals in the second half. they ultimately found two goals, but with the attacking strength that Montreal has, the Lions are best suited when they can deploy their plan for the first 90 minutes. The more they can pin down Montreal in their own half and settle into a groove defensively, the better opportunity they have to take all three points.