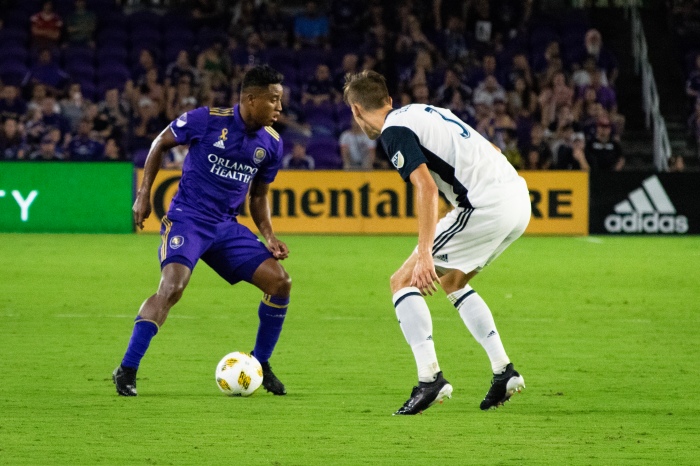 Cristian Higuita is not sure what his future holds with Orlando City.

The only player left from the team’s 2015 inaugural MLS squad admitted Thursday morning that head coach James O’Connor doesn’t see him getting involved this year, so he’s hoping he can still play a part for the Lions if not play somewhere else.

“I’m going to be realistic,” Higuita told reporters. “The last time I spoke with him, he told me he wasn’t going to count on me. However, I’ve worked hard, now I’m just waiting until a decision is made.”

Higuita, who scored a career-high of four goals with Orlando in 2018, was then asked if he sees a future with Orlando, but expressed displeasure on missing the playoffs for four-consecutive seasons.

“Yes, I’m here, it’s for a reason,” said Higuita. “But I also have other ambitions to fulfill. I’m happy to be here … but I would have liked these last five years we would have made the playoffs.”

The 25-year-old midfielder was left unprotected during FC Cincinnati’s Expansion Draft in December despite having his option picked up in 2019 for Orlando.

When asked if there are other clubs interested in him, he said there weren’t any offers.

Higuita is the Orlando’s all-time leader in MLS appearances with 94. Last season, it was reported he came into preseason camp out of shape, but said he worked and changed certain things this past offseason.