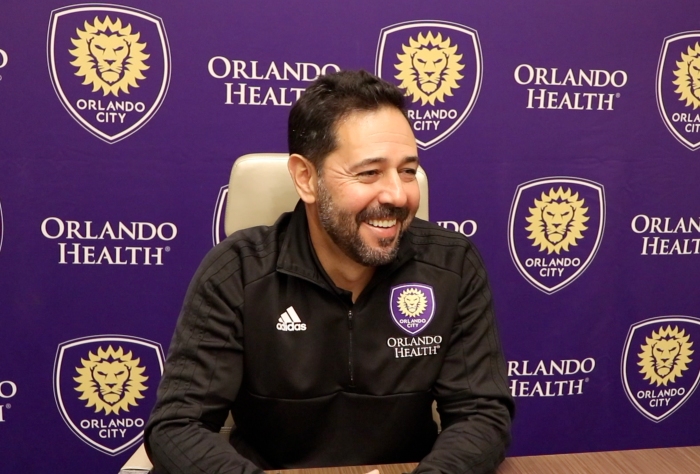 Luiz Muzzi is a patient person.

Having past experiences building teams and academies in Brazil, Portugal, and the United States, the new Orlando City Executive Vice President of Soccer Operations is working methodically to set up his new club for long-term success.

The frameworks of this plan start simple: Get younger. A message that Orlando originally began in 2015 is being reinvigorated for the 2019 season with Muzzi and head coach James O’Connor at the helm.

Already having acquired young prospects like defenders Joao Moutinho and Danilo Acosta as well as Ecuadorian midfielder Jhegson Mendez, all at or under the age of 21, the frameworks of the plan are already starting to take shape.

The most recent signing that Orlando has made is a big point for Muzzi. Forward Benji Michel out of the University of Portland signed just the fifth homegrown contract for Orlando City and the first since Mason Stajduhar back in 2015. The signing of Michel is something that Muzzi feels is not only a step in the right direction but also a step to changing the culture of the club.

“We need to get more homegrowns. We need to make those guys in the academy feel like they are Orlando City,” Muzzi said to media on Monday. “I heard one or two guys from two or three years ago saying, ‘Ah, I don’t want to play for Orlando City,” after having been through the whole academy process. That cannot happen. That can’t happen unless you’re going to Europe and you have this great opportunity, and all that.”

“But if you’re here and you’re saying you don’t want to come back, you should want to come back,” Muzzi added. “Why? Because we should be able to provide something good here and we should be able to provide a path for those guys. I want to have this guy here for 10 years. The goal should be we get this guy in, he contributes, he plays, and then he goes to the next step. And then we get the next one coming in.”

The long-term goal is to have more homegrown signings, but in the shorter term, Muzzi wants to try and make Orlando City’s academy feel closer to the first team, despite the Lions new training facility being in Kissimmee — starting this summer — while the academy is training and playing at Montverde Academy.

“Even if you go over to Europe, a lot of the big clubs don’t have this,” said Muzzi. “They became local clubs and then they are in that little spot in the neighborhood and they don’t have that actual physical space to bring the academy and the second team in, so they end up moving away and being geographically separated.”

Muzzi continued by saying having the organization spread out throughout the Central Florida area is a challenge the club faces and there has to be a way to integrate all its teams under one roof.