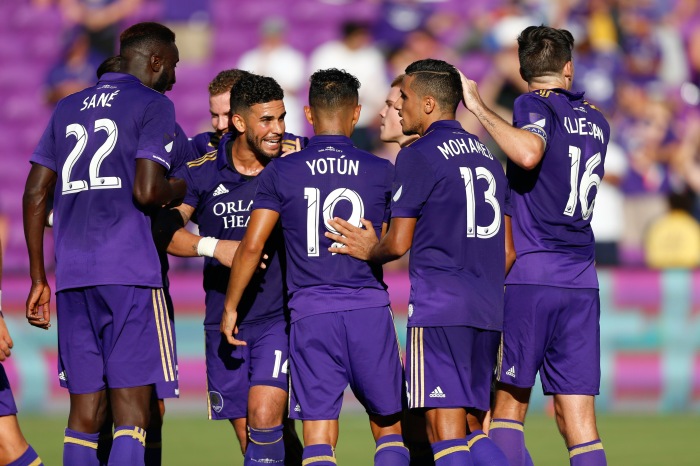 Orlando City coach James O’Connor said he couldn’t put into words what he felt after Sunday’s 2-1 victory over the Columbus Crew.

The Lions snapped a 13-game winless streak during the team’s home finale — their first win since July 14 — but it was the level of commitment he saw from his players that mirrored what he wants to see next season in 2019.

“When you’re on a run like that, you can’t put it into words,” said O’Connor. “For me, it’s pleasing to get that. We’re looking at next year, we’re thinking that level of commitment is what’s needed for next year. There was good organization.”

“It’s a snippet there of what we want to see next year,” O’Connor added. “We’ll have that level of performance next year and we’ll go ‘OK, that was okay.’ The level of where we want to get and what’s required, we have a road map of where we’re going and I think for us it’s been painful progress to be honest with you.”

Sacha Kljestan, who scored the game-winning penalty kick in the 96th minute of stoppage time, said there really wasn’t much of a relief after Orlando bagged its first win in three months.

Kljestan did say, however, that the win on Sunday was a nice way to give back to the fans after a disappointing season.

“I don’t know if I’d say relief,” said Kljestan. “I would just say it was a nice feeling for us to give back to the fans. A lot of the fans stuck by us through the whole season. Let’s be honest, it was a pretty miserable year. So, for them to come out, be loud again today, be very supportive and behind the team, for us to get a win, that just felt good to give back something.”