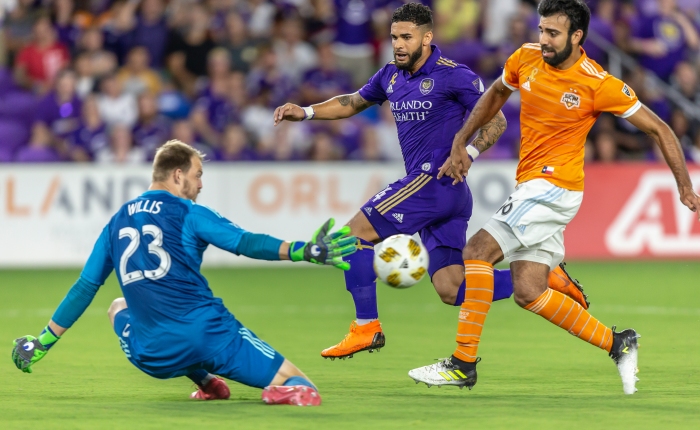 With goalkeeper Adam Grinwis making his first MLS start for the Lions, Orlando City played to a 0-0 draw against the Dynamo.

“I think there was some lovely passages of play, I think the intensity was better,” said Orlando coach James O’Connor. “I think the final third sort of eluded us tonight. We had some half decent chances. I thought we were the better team tonight. Obviously, the positives keeping the clean sheet, it gives us a stronger foundation to hopefully go on and build from.”

It was Orlando’s second shutout since April 13 during a 2-0 road win against the Philadelphia Union.

Orlando (7-18-4, 25 points) had several chances throughout the match, including twice in the second when Mohamed El-Munir played a back-pass to Yoshimar Yotun in the penalty area in the 56th minute, but Yotun shot the wide of the far post.

The Lions had one last chance in the 90th minute when a counter-attack resulted into Yotun finding Stefano Pinho inside the box, but the Brazilian couldn’t get a final touch to strike the ball from close.

Orlando have one win in their last 20 league games.

Grinwis finished with three saves, including a one-on-one save in the 58th minute to deny Romell Quioto from close range.