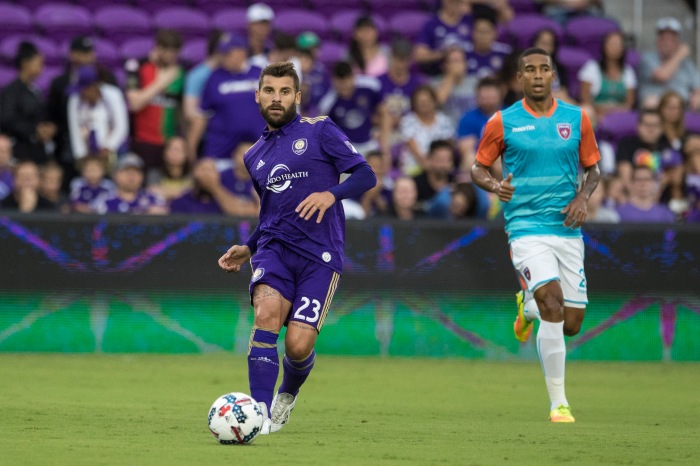 Brazilian star Ricardo Kaka will be playing his final match with Orlando City on Saturday.

The Lions are scheduled to take on the Puerto Rican national team at Orlando City Stadium in a friendly charity match to raise funds for the victims of Hurricane Maria that caused destruction on the island.

But this weekend will also mark the end of Kaka’s journey with the Lions.

For Antonio Nocerino, however, Kaka’s final game with the Purple Kits is the closing of a chapter for not only a teammate but a friend.

“Ricky is incredible. He’s an incredible person and player,” Nocerino said in Spanish after Tuesday’s training session. “He merits a special day where he can finish his three years with this club. He’s gave a lot to this club, I hope the people can return the favor in his final game with the club.”

Nocerino and Kaka were teammates for a brief moment during their time at AC Milan in 2013. Off the field, their friendship is heavily highlighted through banter on social media.

On the field, Nocerino has always spoke highly on Kaka’s character he brings to a game.

“It’s incredible because it’s a friendly a match for charity, but it’s the last game for a player who’s my [top five player] in the world,” he said in English. “He’s an incredible player and person. I hope people come on Saturday for the charity match and for his last game because Ricky played three years. Now it’s time to close his last game with much people.”

“He’s just come in for the training. It’s been a while since he’s knocked around with an MLS team. He’s still hopeful to resurrect his career, so we thought we’ll have a look,” Kreis told reporters.

Cooper, a free agent, last played with the Montreal Impact in 2015, but only made one appearance. His marquee year in MLS came in 2012 when he scored a career-high 18 goals in 33 appearance for the New York Red Bulls.