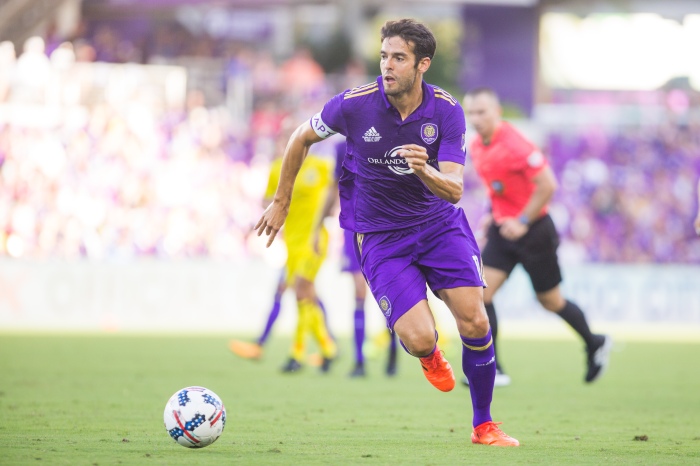 It may have not been a happy tale ending, but for Brazilian legend Ricardo Kaka, Sunday night he bid farewell to Orlando City after the Lions fell 1-0 to the Columbus Crew.

“It was a very emotional game, so hard to play sometimes because when I was on the field, a lot of things were on my mind, so it was difficult to focus on the game,” Kaka said after the game. “It’s a really special game, of course I wanted to finish with a win, but with this good bye it’s very good for me because it’s not about the result, it’s about the things we could change here.”

A second-half goal from Ola Kamara in the 66th minute was the game’s only goal to ensure the visitors the victory.

But when he was asked about Kaka ending his time with the club, the Orlando City bossman had nothing by praise for the Brazilian.

“I can’t credit him enough for everything that he’s given. In every single minute that he’s played, he’s given everything of himself. You can’t ask for more than that,” said Kreis.

With the Lions out of the playoff picture, Sunday was all about Kaka. From highlights of his time with Orlando playing across the stadium’s video board, to Kaka shedding some tears before kickofff. Even two young fans invaded the pitch in the closing minutes of the game to greet and bid their farewell to the Orlando captain.

For Kaka, that was a sign of how much this city will miss him.

“I think they just showed me how the city was with this last game,” said Kaka. “This is, for me, the two kids was a sign of the other supporters and everybody. It’s not every game that it happens but it happened today and it was amazing.”

For Kaka, his final game with Orlando City can’t be compared to his other last games with previous clubs he’s played for: AC Milan, Real Madrid, Sao Paulo.

“Every moment with the clubs that I played was really special. One of them I can say exactly what happened the last game and everything. Today is just about that. It’s just about another special day that will be in my heart forever,” he said.

Kaka will not travel with the club for its final game of the season, but will play in the benefit game against Puerto Rico on Nov. 4 at Orlando City Stadium.

Orlando City concludes the 2017 regular season next week against the Philadelphia Union at Talen Energy Stadium. Kickoff is slated for 4 p.m.