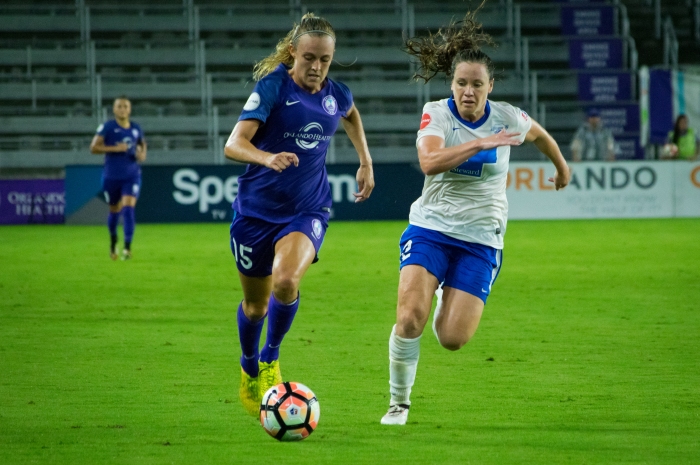 The Pride continued their winning ways on Saturday.

“It’s one of the great attributes that our team has is the fire power we have is scary,” said Pride head coach Tom Sermanni. “… And when we’re playing well, it’s difficult for teams to defend against us.”

The rookie Hill netted Orlando’s first in the eighth minute when Ubogagu played a cross to Alex Morgan, who then had a shot at goal deflected off goalkeeper Abby Smith, leaving Hill to slot the rebound into the net.

Hill doubled the lead moments later in the 15th minute when Steph Catley played a ball down the left flank to Morgan, who then played a long ball toward goal for Hill to easily tap the ball for the 2-0 lead.

The visitors pulled one back in the 49th minute when Rosie White scored from close range, but a goal from Marta in the 67th minute gave the Pride their third goal of the night.

Marta is tied in second place in the NWSL golden boot race along with Seattle’s Megan Rapinoe with 12 goals.

Ubogagu made it 4-1 for Orlando in the 77th minute before Julie King slotted a consolation goal for Boston in the 88th minute.

The Pride are on a five-game win streak and six games unbeaten. With the win, Orlando moves provisionally to third place in the NWSL standings.

The Pride controlled 54 percent possession and outshot the Breakers 12-7 with seven shots on target.

Orlando returns to action on Saturday when it hosts the Seattle Reign at Orlando City Stadium at 7:30 p.m.

Here’s how the Pride lined up: