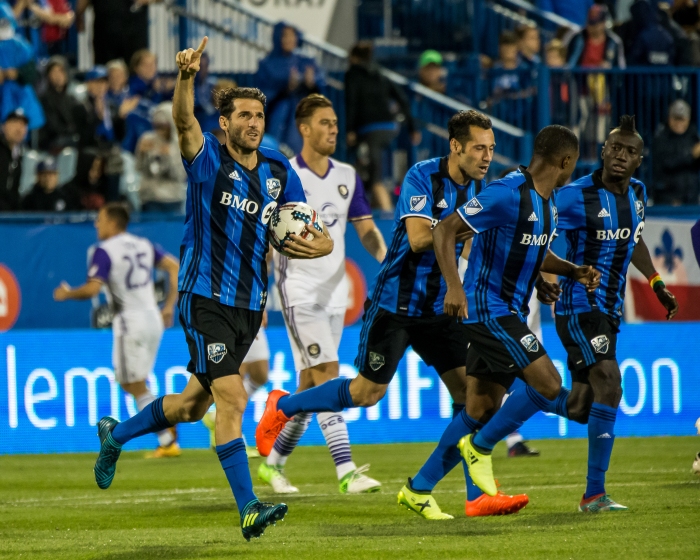 For a second consecutive time, Orlando City conceded a late goal to fall on the road, again.

A late goal from Anthony Jackson-Hamel in the 84th minute ensured the Montreal Impact a 2-1 comeback victory over Orlando City on Saturday at Stade Saputo.

“I thought the spirit of the group was good. I thought the fact that we scored the first goal was good but another second half where we come out really sluggish,” Lions head coach Jason Kreis said. “I don’t know what it is in the beginnings of second halves that the group seems to always come out very slow. We suffered the goal, I thought we reacted pretty well, we had some moments there after that where we got a hold of things and then unfortunately obviously we gave away the second goal.”

Cyle Larin opened the scoring for the Lions (8-9-6, 30 points) in the 12th minute after executing on a loose ball from a failed clearance from Marco Donadel, but Ignacio Piatti leveled the score in the 48th minute after getting brought by Jose Aja in the box, and converting the penalty past Joe Bendik.

It was the third straight time Orlando conceded a goal within the last 10 minutes of a game.

The Lions conclude their road stretch on Saturday when they visit the New York Red Bulls at Red Bull Arena at 7:30 p.m.