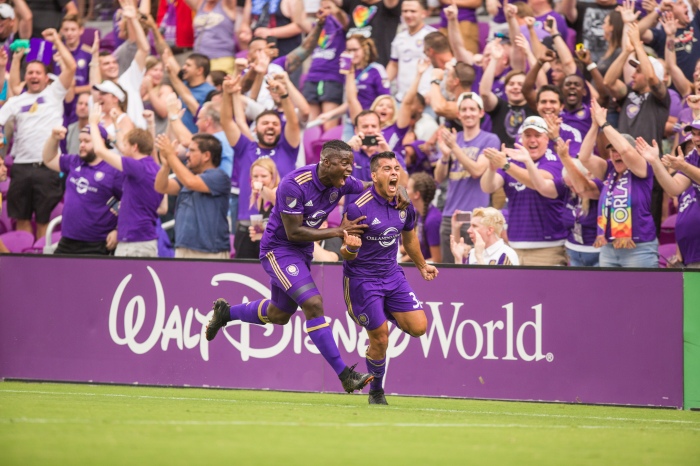 Matias Perez Garcia scored his first Orlando City goal on Saturday, but may have played his last game at Orlando City Stadium as well.

The Argentine midfielder, who was acquired last summer in a trade that sent Darwin Ceren to the San Jose Earthquakes in exchange for Perez Garcia, spoke about finally scoring after a long time and his current contract with the Lions that’s set to expire at the end of the month.

“To be honest, it’s been a really long time since I scored a goal. I’ve been in positions to score, but it didn’t happen. Tonight I thought about not thinking of that, and just play and enjoy the game,” said Perez Garcia. “I have 15 days left on my contract, maybe it’s my last one, but the goal was a long-time coming.”

Perez Garcia expanded on his current talks about negotiating a new contract with Orlando City: “The idea is to continue. We’re close to June 30, I have 15 days left until my contract expires, and my hope is something gets resolved as soon as possible for me, my tranquility for my family because it’s not easy moving around a lot. But I hope something gets resolved so we all can be happy.”

MPG: “The idea is to stay here. We’re close to June 30, 15 days left on my contract. I hope something gets resolved soon.” pic.twitter.com/RoVnzTTp1Y

MPG’s last goal happened on Sept. 27, 2015 when he scored the game winner for the Earthquakes in a 1-0 win over Real Salt Lake.

The midfielder was the first player brought under Jason Kreis, when he was appointed Orlando City’s head coach last summer.

MPG had a goal and an assist during Orlando City’s 3-3 draw against the Impact. A performance that Kreis praised after the game.

“Talk about players that showed commitment, and tonight he had to be the most committed player out there,” said Kreis. “Scored a goal, had a part in the second goal, and assisted in the third. It was really important match for him tonight. I thought he did a fantastic job tonight, and he — like everybody else — kept working until the bitter end.”