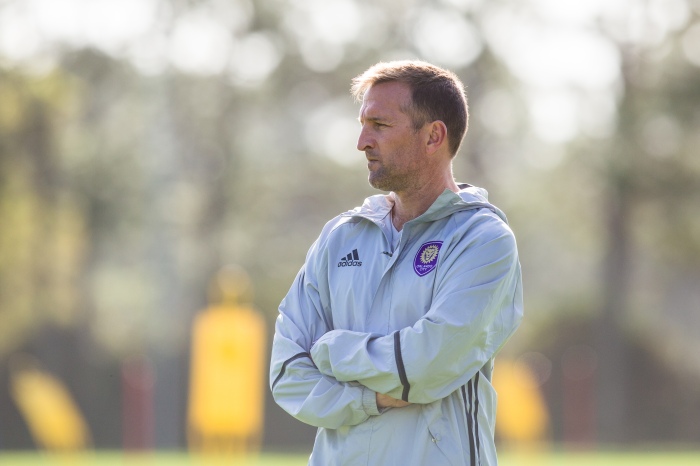 In the midst of a six-game winless run, Orlando City will look to end the month of May on a winning note when it welcomes DC United on Wednesday at Orlando City Stadium.

On Tuesday ahead of their game against Ben Olsen’s team, Orlando head coach Jason Kreis emphasized the team is determined and willing to snap its skid with a win against DCU, but refuted any declarations that Wednesday’s match is a must-win game.

Kickoff at downtown is scheduled for 7:30 p.m.

Here’s more from what Kreis had to say on Tuesday:

One goal in sevens games has been the current form Orlando striker Cyle Larin has been on.

For Kreis, it’s no time to panic and putting much of the focus on the drought isn’t helping either. There’s no room to bring him down, says the Orlando City coach.

“We say continue to work the way you have, and the goals will come,” said Kreis. “He’s getting chances, we’re getting lots of goal scoring chances, we’re doing a lot of things right. At the moment, we’re a little unfortunate to not make the plays at the most critical moments.”

Larin scored during the team’s 2-2 draw against Sporting Kansas City on May 13, but hasn’t scored in the following three games after.