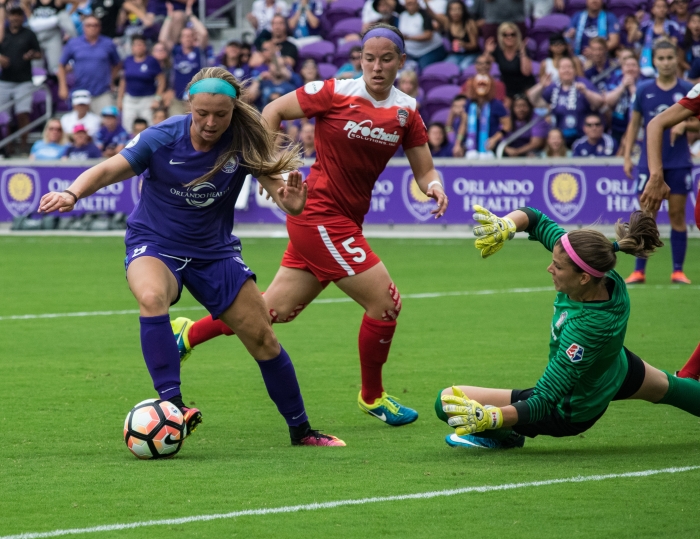 Danica Evans’ late goal to salvage the Orlando Pride a 1-1 draw against the Washington Spirit on Saturday may have been the beginning of something special.

The rookie scored the game-tying goal for the Pride in the 86th minute after Chioma Ubogagu dished the ball to the forward who then nutmegged a defender before rounding the goalkeeper to score the goal.

It was her first-ever professional goal, but for the 21-year-old, scoring late when it mattered was a statement of what’s to come.

“This is just a starting point,” she told reporters moments after the game. “I think I can only get better from here. I think that going in and training every day with [Ubogagu] and [Jasmyne Spencer] and the other girls that are playing up top, I think that if we get combining together then more goals are going to come… not just from me but from everybody on the field.”

Pride head coach Tom Sermanni said she has the ability to finish. Brazilian star and teammate Marta followed by saying her goal was pure instinct. 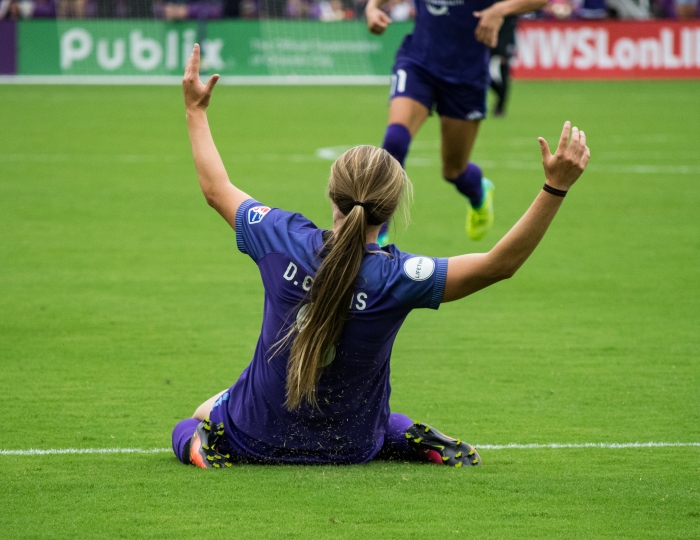 After two games as a professional footballer, receiving praise after Saturday’s performance is quite a gesture, Evans likes to thinks so.

“It means a lot, definitely. For me to able to play with these players I’m playing with is a lifetime dream that I’ve had,” said Evans. “So many people have texted me ‘How’s playing with Marta? How’s playing [Ali] Krieger? How’s playing with Ashlyn [Harris]?’ and all I can say is it’s literally a dream come true, and it’s so amazing and thankful that I get the opportunity.”

The Pride have struggled in the final third in their first two games of the season. Not being able to score during their season opener in Portland led to Orlando tallying 21 shots with only five on target on Saturday. For Evans, however, it took her only two shots on target with the latter proving to be the most decisive to split the points at home against the Spirit.

“One of the reasons that we drafted her is when we looked at her we felt that she had an ability to finish, and the ability to finish in a composed way, and I think that was highlighted today,” said Sermanni.